Mukherjee had quit CNBC-TV18 as Managing Editor in 2013. In 2018, he wrote a fiction novel titled Dark Circles addressing the issue of mental health. He also shared his own journey from the newsroom to the writing desk, and why he never plans to return to television studios again in an interview 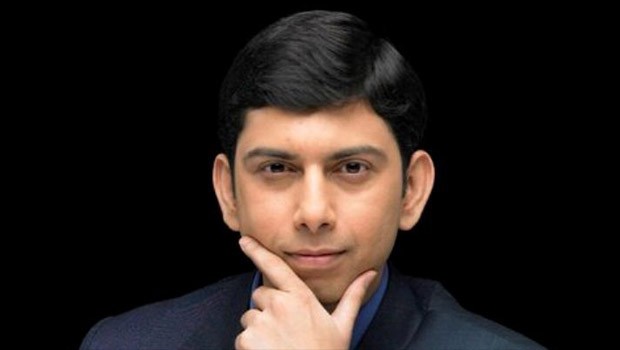 The India Today Group is set to bolster its coverage of business news with a brand new show hosted by Udayan Mukherjee. The biggest and undisputed icon in business journalism in the country, Mukherjee returns to the newsroom, this time India Today’s, after a long hiatus.

Mukherjee had quit CNBC-TV18 as Managing Editor in 2013. In 2018, he wrote a fiction novel titled Dark Circles addressing the issue of mental health. He also shared his own journey from the newsroom to the writing desk, and why he never plans to return to television studios again, in an interview to the Firstpost.

His return to the TV newsroom comes at a time when the world explores new ways of doing business in the post-pandemic economic order.

“Udayan brings with him a sharp insight into the future of business. As we grapple with the normal, new normal and abnormal we need his talent and a much-needed global perspective on helping us cope with the post-pandemic economy,” said Kalli Purie, Vice-Chairperson of the India Today Group. “His grasp of financial markets, innovation-driven businesses, fintechs, and micro- and macro-economic trends will cater to the growing appetite among the young generation of professionals, entrepreneurs, and startups for a clearer understanding of the new order of things. The India Today Group is delighted to have him on board as the host of our new Business Today show.”

The India Today Group would also be leveraging Mukherjee’s considerable experience to enhance its business offerings across print, television, and digital platforms.

“I am delighted to be part of the India Today family. Having always admired the extensive and enormous reach of brands such as India Today, Business Today and TV Today, I am really looking forward to the opportunity of reaching out to their audiences and engaging with them,” said Mukherjee. “The whole world of business has been turned on its head. Business is not going to be the same again after the pandemic. And everybody -- from business leaders to policy-makers -- has to look at the world through a very different lens. It would be a great opportunity to engage with the business world once again but from a different perspective, through a different lens.”

Mukherjee started his career before the turn of the millennium, just as the Indian television scene was beginning to take off.

As a lead anchor on CNBC and later its Managing Editor, he played a pioneering role in creating the cult of stock markets in particular and business coverage in general in broadcasting.

Mukherjee was honoured with the prestigious Ramnath Goenka Award for Journalist of the Year in 2012, following which he stepped down from his active daily role at the helm of the channel.

Since then, he remained a much-followed commentator on business affairs and a columnist for national newspapers. He even authored three works of fiction.