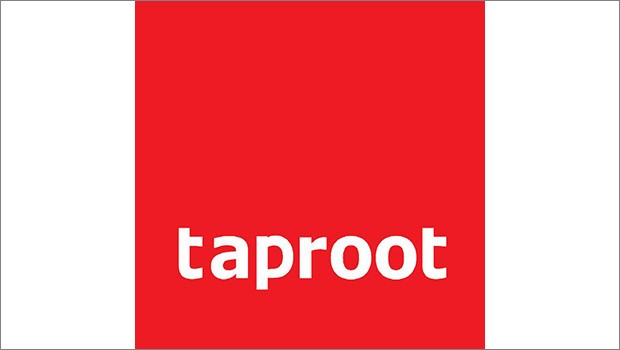 Taproot Dentsu, the creative agency from the house of dentsu India, has announced key leadership changes as it gears up to get future-ready.

Ayesha Ghosh, who had been heading the Mumbai office, has now been appointed as Chief Executive Officer (CEO). She will now be responsible for both Mumbai and Gurgaon offices. Ghosh has been with Taproot Dentsu since December 2015. She has led a very profitable office and has helped win important new businesses while nurturing and protecting a culture that allows creativity to flourish.

Partnering her closely in taking on the mantle is Shashank Lanjekar. He has been elevated to the role of Chief Strategy Officer (CSO) and will now be in charge of strategic planning for both the Taproot Dentsu offices in Mumbai and Gurgaon. Thus far, he had been heading Planning for the Mumbai office, ever since he joined in 2017. His ability to go deep and yet have an intuitive touch has helped give birth to some memorable campaigns.

Pearl Vas, who has been with the agency since 2018, takes on more independent responsibilities in Mumbai. She will now be promoted to Senior Vice President (SVP), Strategic Planning.

Under the overall creative leadership of Santosh Padhi, Co-Founder and Chief Creative Officer (CCO) - Taproot Dentsu, the creative team for the Mumbai office has been expanded and divided into four units, each to be headed by a senior creative person.

Neeraj Kanitkar, with an experience of 14 years (nine of those in Taproot Dentsu), is the creative lead for Facebook for which he has won the agency awards at Spikes and AdFest. He has also worked on significant brands like WhatsApp, Myntra, American Tourister and FirstPost.  He will be promoted to Executive Creative Director (ECD). Yogesh Rijhwani has been with the agency for close to five years with a total experience of 13 years. He has been handling Aquaguard and Set Wet. He has also worked on Star Sports, Airtel, Parle-G among others. He too will be promoted to ECD.

The other two senior creative leads will be Abhishek Deshwal and Purva Ummat. Abhishek joins from Lowe Delhi as ECD, with noteworthy creative work to his credit on Google, Olx, Micromax and Vivo. Purva Ummat joins the agency from McCann Erickson Delhi, as Senior Creative Director (SCD). She comes with extensive creative exposure on brands like Truly Madly, Truecaller, Hotstar, Myntra and Dominos.

Abhinav Kaushik, who was Executive Vice President (EVP) on the Honda business among other brands, has been promoted to Head - Taproot Dentsu, Gurgaon while Titus Upputuru remains very ably in charge of creative for the Gurgaon office.

Having created an environment that begets world-class work, Agnello Dias, Co-Founder and CCO - Taproot Dentsu, who has been stepping back for a few years from active work, will further dial down his involvement. He will continue as a consultant for key brands only. His association with dentsu international ends this month. Umesh Shrikhande retired as CEO in March this year, after having strengthened the strategic function at Taproot Dentsu, to drive result-oriented work and also nurtured a very humane work culture.

The much-awarded and internationally recognised, Padhi, will continue as Co-Founder and CCO and will have a more hands-on role in both Mumbai and Delhi offices.

Taproot Dentsu’s core work ethic of a compact and accessible structure, senior involvement and a focus on real and authentic work continues. The new leaders have already proven their mettle and are ready to take on the challenges and create new success stories for the brands that have reposed faith in the agency.

Dias said, “I’m delighted that Taproot Dentsu has produced and attracted this kind of talent. Both Neeraj and Yogesh have been with us for many years and the quality of work they have produced in the last couple of years shows that they’re ready for the next step. I have been around these past few years to make sure that they are ready and now that it’s clear they are, I have decided to step back further.”

Padhi said, “The average age of the agency coming further down is the right sign for us being future-ready. Creativity is at the core of our business and we are lucky to have got a wonderful variety of creative leaders in the form of Neeraj, Yogesh, Abhishek and Purva fronting the agency to take it to the next level, along with Ayesha and Shashank in their new national head roles.”

Ghosh said, “It’s as exciting as it is nerve-racking to step into this role! Nerve-racking, because the standards set are very high. And these are tough times for business. Exciting, because we have young blood, hungry to prove a point. Either way, this is an adrenalin-pumping opportunity and with this super talented team, we are set up to win. We have some giant brands which give us a vast canvas to create advertising that can capture the popular imagination. Others have reposed their faith in us to help meet or surpass their ambitions. With the help of Paddy, Shashank and the rest, I’m sure we’ll be keeping the Taproot flag flying very high.”

Lanjekar said, “I see this as a once-in-a-career opportunity to lead a young team to pull off some good work. The attempt of the strategic planning function at Taproot Dentsu has been to exercise the rigor and depth necessary to drive clarity for creative disruption to breathe. With a fresh set of minds in the planning teams of Mumbai and Delhi, it only helps the strike rate for great work to be created.”

The twelve-year-long journey of the agency of growing a strong and distinctive culture has led to the primacy of great ideas and strong storytelling. That same culture has also built a line-up of new leaders who are now ready to take on the mantle and get ready for the future.

The pop-culture defining campaigns that shot the agency to fame at its beginning, continues to be backed by the fantastic work that it has produced over the past recent years. The work also speaks volumes about the capability of the new leadership that led it all.

Instance: The recent Pooja Didi and Rizwan campaigns for Facebook moved the most stoic amongst us. The Adidas Odds campaign gave us goosebumps. IPL’s insightful Game Banayega Name had us rooting for the talented underdog. Airtel’s audacious Zero Complaints campaign had us pinching ourselves. Parle’s Naam Toh Suna Hi Hoga generated memes galore. Set Wet’s Sada Sexy Raho and Aquaguard’s Har Purifier Aquaguard Nahi Hota Hai, were some others that stuck around in our minds.

To round off all this firepower, the organisational changes underway at dentsu international, will further help these stalwarts craft a future-ready, digitally strong offering. Taproot Dentsu is once again all set to blaze the trail to a shining future.