With the acquisition, the 48-year-old company launched by Arun Nanda, Ajit Balakrishnan and Mohammed Khan will cease to exist as a separate entity 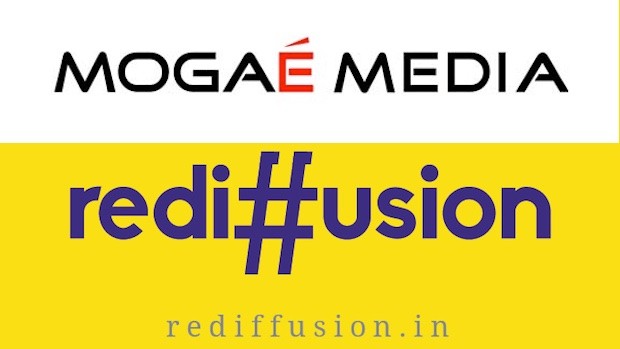 The Sandeep Goyal-owned integrated marketing and communications agency Mogae is said to have acquired Rediffusion India for an undisclosed amount. Sources close to the development have confirmed the news to BestMediaInfo.com. The sources also said Rediffusion will cease to exist as a separate entity.

Emails sent to Mogae and Rediffusion had not elicited any response at the time of publishing the news.

In August 2018, in a disruptive move that went down in the history of Indian advertising, the promoters of Rediffusion purchased a stake of WPP, making it a 100% Indian agency. Founders Arun Nanda and Ajit Balakrishnan bought back the 40% shares held in Rediffusion by Y&R and Dentsu and decided to go independent again.

At that time, everyone praised the promoters’ courage behind their decision. There was talk in the industry that the move would help them build an independent business model liberated from the shackles of networks.

On the other hand, there was conversation that this would allow Y&R to emerge as a fresh and tough competition for other Indian agencies. But later, in the same year, WPP announced the merger of its digital agency VML with Y&R to form VMLY&R globally.

Rediffusion’s move to go independent was followed by a major restructuring at the management level. Dhunji Wadia, President, Rediffusion Group, retired from the agency after holding this position for over four years. Chief Creative Officer Rahul Jauhari and Chief Strategy Officer Navonil Chatterjee took over as Joint Presidents of the group. Later in December 2018, Rediffusion announced its renewed identity.

Rediffusion was launched in 1973 by Nanda, Balakrishnan and Mohammed Khan. Later, Khan exited Rediffusion to start his own agency Enterprise in 1983. WPP’s partnership with Rediffusion dates back 1994 and ended in 2018. WPP was always keen on buying out the stakes of Nanda and Balakrishnan in the agency and had even begun negotiations but that never materialised.

Until 2011, the Mogae Group was India JV partners of Dentsu International. In 2012, Goyal launched Mogae Media with offices in Delhi, Mumbai and Bangalore.

Goyal is an advertising and media veteran with over 35 years in the business. He has been on the governing bodies of the Advertising Agencies Association of India, the Indian Broadcasting Foundation, the National Research Users Council, the Advertising Standards Council of India and other industry bodies. Interestingly, Goyal has also been the president at Rediffusion-DY&R from 1997 to 2001.

In 2017, Mogae Media picked up a 10% stake in Sync Media, the digital buying platform. In 2019, Goyal set up a think tank, the Indian Institute of Human Brands, which tracks celebrities and analyses their relevance to brands. In the same year, he set up another think-tank, the Forum for Ethical Use of Data (FEUD). In 2020, his company entered a JV with Versa, an Australian company dealing in Conversational AI and Voice skills.