Rediffusion brings Kamlesh Pandey back as ‘Legend in Residence’

Pandey, who has nearly 45 years of experience in advertising, 35 years in films and 30 years in television, is a bilingual writer par excellence 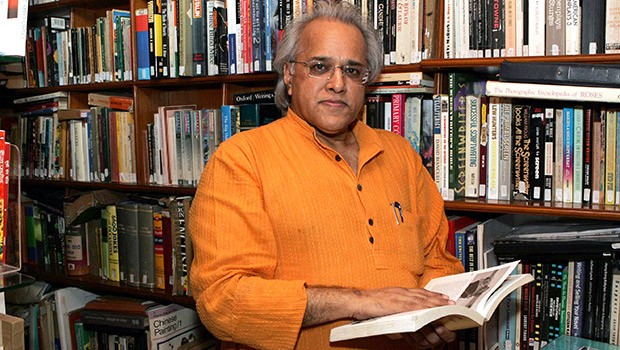 Rediffusion has announced the return of its most famous alumnus, Kamlesh Pandey, as ‘Legend in Residence’, effective June 1, 2021. Pandey, who has nearly 45 years of experience in advertising, 35 years in films and 30 years in television, is a bilingual writer par excellence. He was Creative Director at Rediffusion from 1976 to 1992. And returned again in the late 90s and early 2000s for short innings.

From 1976 to 1992, as Creative Director of Rediffusion Advertising, he helped make the agency the most successful, the most talked about, and the most creative agency in the country while spearheading the hottest creative wave in Indian advertising. While at Rediffusion, he not only redefined creativity in advertising in India during late 70’s and early 80’s, but won hundreds of awards from Commercial Artists Guild, Advertising Club of Bombay, RAPA, IAAFA and other industry organisations. Pandey won the Best Copywriter of the Year Award for four years in succession ever since its inception in 1978. After that, he stopped entering saying others too should get a chance to win.

Some of the copy lines written by Pandey have now acquired an iconic status: ‘Whenever you see colour, think of us’ (Jenson & Nicholson), ‘Hum Red & White peenewalon ki baat hi kuchh aur hai’(Red & White cigarettes), ‘Palmolive da jawab nahin’ (Colgate Palmolive), ‘When it can’t be done, it must be done’ (J&N Corporate), ‘Gimme Red!’ (Eveready), ‘Annu taazgi de’ (Tata Tea) and many many more. Pandey entered the CAG Hall of Fame in 2005.

“I am delighted that Kamlesh Pandey is back home to Rediffusion. I have the fondest memories of working with him on some of India’s most acclaimed campaigns. Pandey commands a first-hand experience and a deep insight into the lives and aspirations of the people of India. This is why his thinking for brands is rooted in reality, and his creatives are always memorable”, said Diwan Arun Nanda, Chairman & founder of Rediffusion. “Pandey will help the younger talent at Rediffusion to understand consumers better, think differently and write differently.”

Commenting on his return to Rediffusion as ‘Legend in Residence’, Pandey said, “One way, it feels like ‘Back to the Future’. A lot has happened in Rediff since I left Rediff  - Rediff managed to shake off the appendages of ‘Y&R’ and ‘Dentsu’ and returned to its original heart, mind and soul, the fearless spirit and the creative precipice that drove it in late 70’s through 90’s, the values that never left me long after I left Rediff and romanced Bollywood with some success. And now it’s great to be back. Great to be with Arun, Ajit and Sandeep. Great to be home among those who managed to get the best out of me, and those who are currently giving their best to take Rediff to a future that could be the pride of the past.”

From 1992 to 1995, Pandey left Rediffusion to start a new creative inning at Zee TV as Vice President, Programming and literally invented the job because before him Indian TV channels never had a Programming Head. He designed and defined the look, the style, the language, the flavour, the personality and the software menu of the channel. He revived traditional Indian game shows like ‘Antakshari’ with a new, refreshing, modern visual idiom and broke fresh ground in television programming with ‘Tara’, ‘Campus’, ‘Banegi Apni Baat’, ‘Phillips Top Ten’, ‘Khana Khazana’, ‘Zee Horror Show’, ‘Shakti’, ‘Mere Ghar Aana Jindagi’, ‘Filmi Chakkar’, etc. He personally wrote ‘Kurukshetra’ and some episodes of ‘Sitaron Ka Karwan’ and ‘Phillips Top Ten’ for Zee.

“Kamlesh as ‘Legend in Residence’ will be interacting with Rediffusion clients, will discuss emerging consumer trends and help figure where the maximal opportunities exist in both Bharat and India; and how best to pivot brand communication for a real and enduring connect with consumers of tomorrow,” added Sandeep Goyal, Managing Director, Rediffusion.