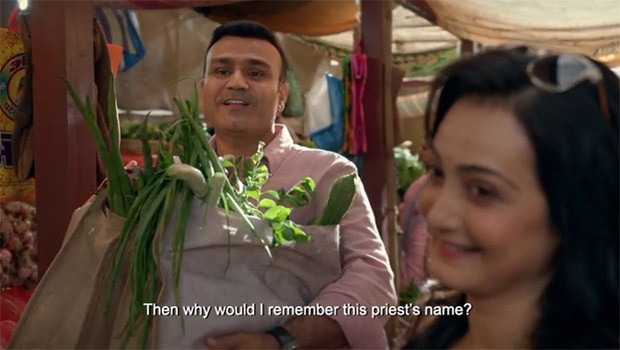 The central campaign idea is that people tend to forget who is behind many things in life that stand the test of time — just like Finolex long-lasting pipes. Sehwag brings this idea alive across four funny, enjoyable and memorable stories. The campaign is being shown on television and digital platforms.

Gayatri Prakash Chhabria, Manager, Strategy and Marketing Finolex Industries Limited, said, "When you have a sound experience with a product you don’t mull over its existence because it performs its function silently. The campaign stemmed from this simple thought, which is a perfect reflection of Finolex Pipes, a true make-in-India for-India brand, celebrating 40 years of superior quality, reliable and long-lasting pipes. One of India’s most reliable cricketers, Virender Sehwag, lends his trademark charisma and entertaining nature wonderfully to the campaign that has been conceptualised by the Ad Guru himself, Piyush Pandey."

Piyush Pandey, Chief Creative Officer Worldwide and Executive Chairman India, Ogilvy, said, “Long-lasting Finolex Pipes are market leaders. They walk like a leader and talk like a leader. That is the essence of the new campaign.”

Prasoon Pandey, Director, Corcoise Films, said, “What makes this campaign so endearing is that it brings together two very similar personalities. Virender Sehwag is so special because throughout his career, he managed to keep things unbelievably simple, lighthearted and let his bat do all the talking. Precisely that has been the approach of Finolex Pipes—make great quality pipes, forget all else and let the pipes do the talking. It was super fun working on this campaign because it is also as tongue in cheek as Viru himself.”

Finolex Pipes is an integrated manufacturer of PVC Pipes and Fittings in India. The brand has a 40-year legacy and is a leading pipes brand across plumbing, sanitation and agriculture. The brand is synonymous with superior quality and strength.