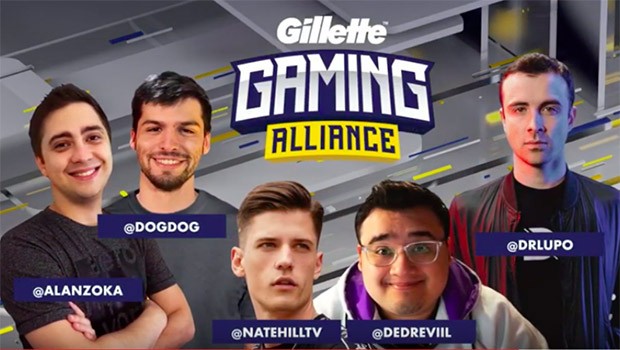 Brands associate with esports either by advertising on game-streaming platforms or through sponsorships. Esports sees two kinds of brands associating with them—one where they are an integral part of the gaming ecosystem such as brands producing gaming devices or gadgets, and the other are brands that just use it as a platform to communicate with the target audience. These platforms have a very young audience base, from 10 to 35-year-olds.

Lokesh Suji, Director, Esports Federation of India (ESFI), a non-profit organisation, said that in India only a limited set of brands come forward to associate with esports. “Esports has only now gained that kind of visibility and so brands and marketing agencies will take some time to get actively involved in it,” he said.

“There's a lot of confusion as games like online rummy and poker are also called esports. Now, these games are not allowed in some states. So if we look at it from their perspective, brands would not want to be associated with them. Outside India, these games fall under the betting purview and certain MNCs have a very clear guideline that they will not associate themselves with such games,” he said. 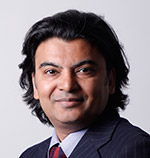 Agreeing on this, Tarun Gupta, Founder of Ultimate Battle, said that esports is in a grey area and they need a better regulatory framework. “The entire gaming industry has currently been categorised as skill gaming and chance-gaming. Esports is confused with real-money gaming (RMG) portals. We expect esports to be considered as a sport in India, like how the US, China, Russia, and even Sri Lanka have. Esports tournaments are giving brands more opportunity. But they currently shy away from it,” he said.

However, Sidharth Kedia, CEO, NODWIN Gaming, disagrees that brands are wary of associating with esports and said, “Globally the three biggest sponsors for the esports ecosystem are Pepsi, Coke, and Red Bull. I know very few youth-centric brands that don't associate with esports.”

He insisted that RMG companies should stop calling themselves esports. “They are gambling companies and they unnecessarily spoil the name of esports. The government needs to give esports the status of a sport for it to gain credibility,” he said.

Harikrishnan Pillai, CEO, and Co-Founder, TheSmallBigIdea, a digital marketing agency, points to another challenge of infrastructure. “For esports, it goes beyond just internet connectivity. Esports globally are driven by PC or console gaming. And in India, it’s a more potent mobile phenomenon. Though India has the second largest number of gaming players, its casual Average Revenue Per Unit (ARPU) is 8 USD with global ARPU at 65 USD,” he said.

Speaking on how brands benefit from associating with esports, Suji said, “Today there are over 200 million esports enthusiasts from India and that may be more than any other sport. These are from the young generation. This age group is very important because brands can catch them young. And these players are very influential both at home or outside. One gamer can affect the decision-making of five other people around them.”

Pillai said, “The time spent on these platforms is quite high, largely because the users are either playing or watching long games or playing several short games. In Q2 2020, the time spent per viewer (TSV) went up by 62%, from 2.5 hours to 4.1 hours and it is still 20% higher than pre-Covid levels at 3.1 hours in Q3 2020. It is also one of the fastest-growing segments, which is expected to grow at 26% CAGR FY 20-22.”

“The gamers are extremely digitally savvy. Also for them, voice, opinion, and authenticity are extremely important. And esports companies are very careful of which brands they are integrating. Brands associate with esports as they want to establish that authentic youth connect, build loyalty, establish brand salience and not because they are looking for reach and frequency,” he said.

Esports has been an integral part of Mountain Dew’s marketing strategy and they introduced ‘Dew Arena’ in 2016. Vineet Sharma, Category Director, Mountain Dew and Sting, PepsiCo India, said that esports and online gaming have become a very lucrative space for brands.

“The world of gaming and esports gives brands authentic and organic avenues of advertising. Moreover, it allows brands to establish two-way communication with consumers, rather than the traditional one-way dialogue. It presents an interactive forum to communicate with consumers in different ways, whether it is by in-game integration, creating standalone immersive experiences for consumers, or even creating long-term branded gaming championships such as Dew Arena.”

“One of the biggest advantages of esports over any other medium is the passionate community — esports gives brands access to an ‘always-on’ and engaged community, which no other advertising platform can. At the same time, this is a community that is still in its nascent stage. So there is also huge potential for new audiences to be introduced to a brand via esports. Most gamers are gamers for life and also follow other gamers, which helps brands in terms of growth. The benefit that brands get when it comes to ‘lifetime value’ of an esports customer is huge. The huge audience base also means that it is a more efficient and cost-effective medium,” he said.

“Brands today look at esports as an activation tool and that's a failure. That is why in the last decade we have hardly seen any brands repeating themselves. For example, before the launch of a car, they do an esports event. Events like IPL can do activation because they are an established sport. But with esports, we have to establish the sport first. So our athletes and our audience do not want mere sponsorship, they want the brands to support the team. If brands want value out of the association, they shouldn't fit esports into their brand, but fit the brand into esports,” he said.

“There is no doubt that India is growing, but the pace can be questioned. The only detrimental factor is the legal framework. The growth can be exponential if they put the legislation in place,” he said.

The Juniper report also states that for streaming platforms, the market value will be driven by subscription spends and advertising spends over streams. ‘However, stakeholders must invest in other revenue-generating areas, including broadcasting rights and live event ticket sales, and establish high-value sponsorship deals to maximise the market value of esports in the future.’

Kedia said, “The media rights market for esports in India was created by NODWIN. We believe that the market will continue to grow more and more. Once everything stabilises in the post-Covid world, we will do more ticketed events and the ticket sales will also increase.”

Ultimate Battle receives 20% of its revenue from advertising and brand sponsorships, while the remaining comes from its e-commerce portal. Gupta is optimistic that the market will eventually head in that direction in India. “Once it gains recognition as a sport, we may look at an IPL-like scenario. Opportunities may lie in parallel areas like a whole e-commerce segment around the gaming industry or even esports cafes,” he said.

However, Suji says that to have ticketing, Indian esports needs to create heroes. “People go to watch the IPL as so many world champions are playing there. We need to create those world champions for esports. There are some esports athletes who have their own set of fan following, but it's not sufficient enough to fill national stadiums that have the capacity for 30,000-40,000 people,” he said.