‘Sabse Bada Dangal’ will comprise audience-based debate shows, interviews with newsmakers along with special editions of popular shows. The programming will highlight the ground realities, showcasing a 360-degree view of the political scenario in the state 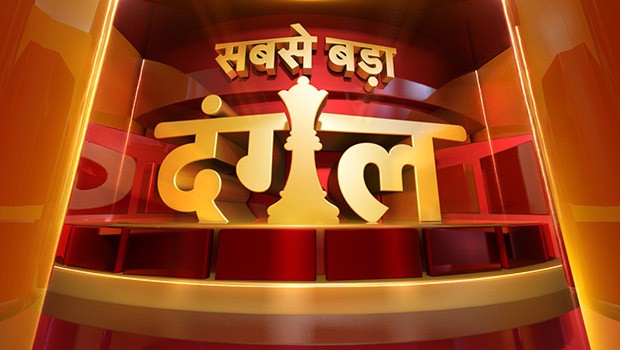 As West Bengal voters prepare to elect the state’s next government, Hindi news channel News18 India from News18 Network has announced an array of programming for the upcoming assembly elections under its umbrella branding ‘Sabse Bada Dangal’.The programming will aim to provide unparalleled access and insight into the state elections.

Comprising audience-based debate shows, interviews with newsmakers along with special editions of popular shows such as Bhaiyaji Kahin, Lapete Mein Netaji, Desh ko Jawab Do and Ye Desh Hai Hamara, the programming will highlight the ground realities, showcasing a 360- degree view of the political scenario in West Bengal.

With an aim to highlight and raise relevant on-ground issues, Bhaiyaji Kahin, hosted by Prateek Trivedi, will travel the length and breadth of Bengal and Assam to capture the pulse of the electorate. Lapete Mein Netaji will go on-ground to bring politicians, poets and people together in a light-hearted look at key issues shaping the political discourse in the state. While Ye Desh Hai Humara, an audience-based debate show, will seek the viewpoint of top political leaders, Desh Ko Jawab Do will encourage discussion between key stakeholders to highlight the key concerns of the voters in the state.

The programming will be led by the channel’s team of anchors and journalists, including Kishore Ajwani, Amish Devgan and Prateek Trivedi, who will offer viewers an all-encompassing coverage of the assembly elections. The editorial team will be supported by a panel of political experts and analysts who will keep the viewers apprised about every single political development in the state.

The power-packed programming will also cover polling days and counting day extensively, bringing the updates to the viewers.