After holding similar talks with leading OTT players, the Minister discussed the new IT Rules with the traditional media houses 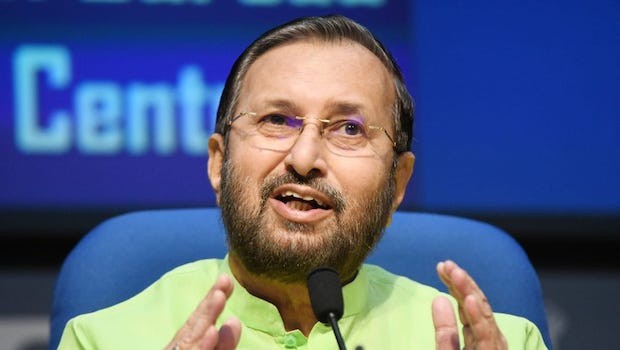 Information and Broadcasting Minister Prakash Javadekar on Thursday held a meeting with members of the Digital News Publishers Association and discussed the new IT (Intermediary Guidelines and Digital Media Ethics Code) Rules, 2021.

The meeting comes after the Minister held similar talks with a few video OTT players to discuss the new set of regulations. Representatives from India Today, Dainik Bhaskar, Hindustan Times, Indian Express, Times of India, ABP, Eenadu, Dainik Jagran and Lokmat were present during the meeting.

In a follow up to meeting with OTT platforms, held an interaction with Digital News Publishers Association today. Discussed the new rules for digital media. They welcomed the new rules and offered few suggestions which I have noted.@MIB_India @PIB_India

During the meeting held via video conferencing, the Minister informed the players about the responsibilities they need to follow as a digital publisher. These include adherence to the Code of Ethics such as the norms of journalistic conduct framed by the Press Council of India and the Programme Code under the Cable Television Network Act.

Further, to redress the grievances of citizens, the rules have provided for a three-tier grievance redressal mechanism, of which the first and second tier would be of the digital news publishers and the self-regulatory bodies constituted by them.  The digital news publishers would be required to furnish some basic information to the Ministry in a simple form, which is being finalised. Periodically they would be required to place in the public domain the grievance redressal undertaken by them.

The Minister stated that print media and TV channels have digital versions whose content is almost the same as that on the traditional platforms. However, there is content that appears exclusively on the digital platforms. This apart, there are several entities that are present only on digital.  Accordingly, the rules seek to cover the news on digital media to bring them on a par with traditional media.

While the participants welcomed the new guidelines, they stated that TV and newsprint media have been following the norms laid down by the Cable Television Network Act and the Press Council Act for a very long time. They said they follow the existing norms of the traditional platforms while publishing their digital versions as well. They felt they should be treated differently than news publishers that are only present on digital platforms.

The Minister assured the representatives that the Government would take note of the suggestions and continue with the consultative process for the overall growth of the media industry.