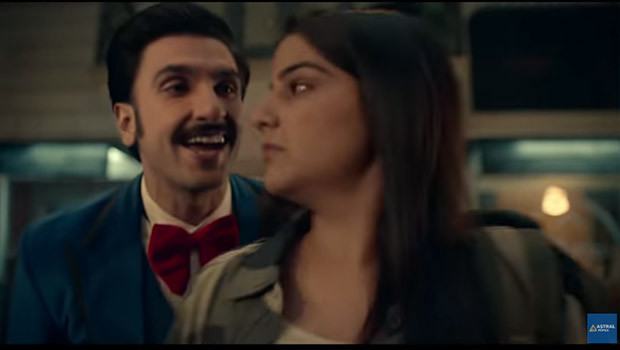 Kairav Engineer, Vice-President, Business Development, Astral Poly Technik Limited, said, "The country is giving a big push to the infrastructure sector, and the real estate industry is showing signs of revival post-Covid. But as opportunities open up, and competition grows, we thought this was a good time to take stock of the Astral brand and get ready for the future. We needed a clear positioning for the brand that allows us to straddle all the opportunities— infra, residential, projects and agri. We had brought The Womb in as our brand-building partner some time back, and we're very excited with the new positioning and the new campaign we have for the brand. In addition, Ranveer coming on board as our brand endorser will help in strengthening our brand equity and solidify our leadership position in the category." Kawal Shoor, Co-Founder, The Womb, said, “When people are building their homes, they naturally think of what's important in their eyes, or what's visible. Our research showed that pipes were neither thought of as that important nor are they visible. You could do either make them see the importance of pipes, which is going against the grain of human nature, as people suddenly don't start thinking of something as important just because an ad campaign says so. Or accept that reality and create a strategy around it. We chose the latter and used the inherent trust that the influence community (dealers, plumbers, etc.) had in the brand. "Why think about it, when you can leave it to the trusted expert?"

He added, “We believe that over time, after this campaign has run, India will start giving weird responses to an innocuous question like, ‘kya soch rahe ho?’”

Amit Sharma, Director, Chrome Pictures, said, “The scripts were unlike any piping category films that I had seen or worked on. They had an in-built humour quotient which we have tried to bring alive while highlighting how consumers, on the whole, do not give much thought to the decision regarding pipes. The strangeness of the situation where the conversation of pipes is happening made these films so different. Ranveer’s energy pushed us to keep the overall film quite electric and it helped bring the campaign proposition alive.”