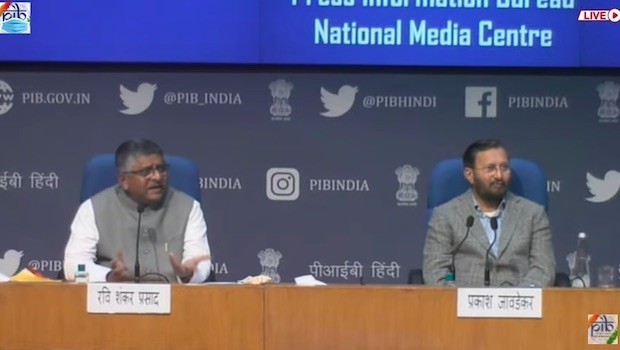 A day after the government issued guidelines for digital news media, Digipub, an association of digital publications of news and current affairs, has written to the I&B Ministry and the Ministry of Electronics and Information Technology (MeitY), expressing their reservations over the new norms. The association has asked the government to repeal the Information Technology (Intermediary Guidelines and Digital Media Ethics Code) Rules 2021 or at least put them on hold until they hold consultations with all stakeholders.

Among the concerns raised is that the rules enable the government to remove news content.

"For the executive to have the absolute power to regulate the content of news portals or publications would be to strike not only at the constitutional scheme but at democracy itself," states the letter by Digipub.

The association believes that the rules go against the principle of separation of powers and bypass the entire legal process as "upon a complaint of defamation, a body consisting of bureaucrats and controlled by the central government may decide the merits and block access to the content of any current affairs publication".

The letter points out that publishers of content on current affairs are not intermediaries and also that the IT Act, 2000, does not include digital media. "'News and current affairs content', 'newspaper' and a 'publisher' of the same, are not recognised by the IT Act at all. When the parent statute does not comprehend these operations, the delegated legislation within these Rules need not take into its ambit digital news," it states.

While welcoming the guidelines as 'imperative and the need of the hour', they have asked for a participative process to arrive at an appropriate mechanism for self-regulation.

The letter mentions that they had written to I&B Minister Prakash Javadekar on December 2, 2020, requesting for a participation in a consultation process, but never received a reply.