Arneeta Vasudeva, National Head, Public Relations and Influence, Ogilvy India, the agency behind the initiative, shares how they plan to engage more with institutions, and how the media is stepping forward with its quest for DNA in crime reporting 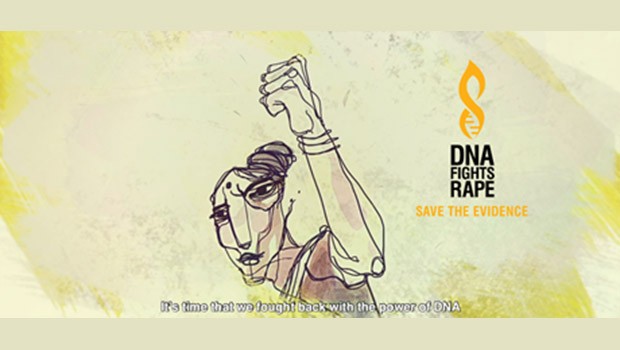 The National Institute of Fashion Technology (NIFT) has joined the #DNAFightsRape–Save the Evidence Movement initiative to call for people’s participation to drive a change in the way our society deals with survivors of rape and sexual offences.

Earlier backed by UN Women India, Girl Up, Delhi Police, and AIIMS, this initiative brought together subject matter experts from legal, law enforcement, education, and policy on a common platform (themed ‘Role of Citizens in Combating Rape – The Power of Youth and Creative Expression’), calling for active measures to raise awareness for citizens’ role in combating rape and expediting justice with the better use of forensic DNA technology.

Started out its journey of the #DNAFightsRape initiative in 2019, Ogilvy has been engaging not only with law enforcement forces but college students as well to mobilise youth power, influence people and make a positive shift in our society. Speaking to BestMediaInfo.com, Arneeta Vasudeva, National Head, Public Relations and Influence, Ogilvy India, said, “We certainly plan to engage more with universities and colleges moving forward. Youth power will drive the much-needed change in our society and its current mindset in dealing with survivors of rape. We are actively engaging with institutions such as DU, NIFT, Girl Up, Manipal University and Symbiosis. We will continue to build on these efforts. The heart of our campaign rests with the youth and that is core to our strategic thinking in advancing the desired change. Today’s youth is far more aware, receptive and solution-oriented. They have the conviction, voice, and powerful expression to carry forward the message. Their involvement is very critical.”

Following launch of the #DNAFightsRape campaign (Citizen Outreach drive in 2019) as it engaged with college students through workshops and knowledge-sharing sessions on this subject, the agency saw encouraging response, witnessing a flow of creative expressions coming together, artistic, and powerful, in different forms of paintings, formations, music, animations, telling the story so beautifully.

This, she added, is a huge trigger, as it realised that the power of art and creativity has great influence on people and their thinking. It also has planned yet another compelling initiative, ‘Art for Freedom’, that will culminate on April 15, World Art Day, wherein participation and entries will be invited from across the country, allowing freedom of thought, voice and message, to empower survivors of rape.

As it has been involved in the on-ground activations with Delhi University colleges, Vasudeva said that the lockdown didn’t hinder the reach of the initiative.

“The lockdown scenario presented us with a whole new opportunity to go virtual and scale our activations across geographies in a shorter span of time. And so, reaching out to people far and wide is no more a limiting factor,” she said.

Talking about the recent virtual event in partnership with NIFT, she said the institute’s participation adds great value to the initiative in building awareness among people on the importance of DNA evidence in sexual offence and rape investigation. NIFT will play an important role in bringing forward creativity to amplify the message.

Asked how the initiative has enhanced public awareness and faith in forensic DNA technology over the years, she said there has been a good level of awareness and increased application of DNA tech in crime investigation, including sexual offence and rape cases.

“As we commenced the journey in 2017, we engaged a lot with the experts in law enforcement, medical forensics, legal, judiciary and the civil society and continue to do so, to validate the demand for more DNA testing in such cases. In parallel, we have evolved with a citizen outreach programme to make the common people aware of their role in saving evidence. As a result, DNA testing in India has more than doubled from 10,000 cases to 20,000+ cases between 2017 and 2019. We are still very low in terms of numbers, given our country’s population and perhaps it should be 200 times more. But the upward shift is a sure positive. In addition, 50% of case backlogs have reduced in this time and more and more courts are now demanding for DNA evidence to build quality conviction,” she added.

The law enforcement agencies and medical forensics authorities are investing in SoP training and equipping ground forces with better knowledge.  First-line responders are being effectively trained in crime scene management, handling of evidence, and ensuring standard procedures for use of DNA investigation are applied.

Ogilvy has so far moderated training sessions for the police forces in Himachal Pradesh, Delhi and Gujarat.

She said, “Our role is to orchestrate and bring together experts for the benefit of knowledge sharing and to aid better practices. Media too, as we see, is actively stepping forward with their quest for DNA in crime reporting. Finally, talking of some good developments, the DNA Technology Bill is in Parliament for action owing to the government’s efforts. The bill proposes a national offenders’ database, and when implemented it would help restrict repeat offence to a large extent and deter incidence of crime in our country. The matter is pending final outcome.”

She believes building these partnerships and collaborations with colleges, institutions, civil societies will be key in scaling and amplifying the message, along with the use of social media, which will further help to reach the awareness to the grass-root levels.