How has Diwali accelerated recovery in ad spends across mediums?

The Diwali season has brought in a much-needed boost and recovery for the TV, print, digital and radio mediums. Leaders across the categories say the festive spending by brands has exceeded their expectations.

Speaking about how the festive period has been for them, Ashish Sehgal, Chief Growth Revenue Officer at Zee, said, “There has been about 25-30% growth over last year. In September itself things started to look good. September gave us a perspective that October is going to be far better. Whatever we were expecting, it (spends) went above that as well.” 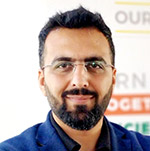 “If we do a year-on-year comparison, from 2020 we have easily seen over 50% addition in this retrospect,” said Ritesh Singh, Co-founder, and Managing Director, #ARM Worldwide. He said Digital will continue to do well in the near months. 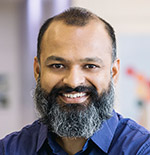 “Diwali this year has seen significantly higher spending even when compared to 2019. We are happy to see the market recovering faster and stronger than expected. Thanks to IPL part 2 and the T20 World cup building up to Diwali, there couldn’t have been a better time to be on mass media and create demand. We have not only seen new brands on media but also increased scale from consistent advertisers,” said Shekhar Banerjee, Chief Client Officer, and Head - West, Wavemaker India.

Nisha Narayanan, Director & COO, RED FM, and Magic FM, said this year has been more buoyant and positive than the last one. The season picked up from the middle of September, saw much better growth than Diwali ‘20, and reached close to Diwali 19. “We touched about 75% of the volumes of Diwali 2019 and were about 40% up from last year,” stated.

She further explained that 25-30% of the brands that were active during the pandemic and the ones that were waiting with caution had increased their advertising spends by 40-50%. Some sectors like e-commerce and automobiles that were earlier sceptical about radio were the leading categories this time around. 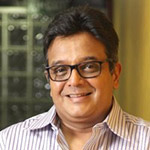 Suresh Balakrishna, Chief Revenue Officer, The Hindu Group, said, “July, August, and September were good for us. We realised that October is also going to be great. Did it exceed expectations? No. But, we had thought it would be a good Diwali and it turned out to be a good Diwali. If we look at 2019, we have done almost 80% of 2019. For an English newspaper, this is really good. I think for language publications, it is almost 90 or 100%. Print had a reasonably good Diwali, it was not a bad Diwali,” he explained.

The buoyancy to continue till Christmas

According to Narayanan, with more advertisers coming on board and listenership increasing, radio networks are expecting a strong recovery. She said the response could have been even better if the hospitality sector had started doing the same level of advertising but the guidelines around pubs and restaurants came in due time. “They will probably become more active now, during December; Christmas time,” she added.

“I think keeping a positive outlook is critical to carry business. We are adopting various strategies to bounce back as quickly as possible. Advertising-led businesses or FCT alone is not enough to grow the business, which we think will be marginally slower. So there is a lot of focus on Non- traditional businesses and incremental revenue that has helped us bring in the progressive growth for RED FM. We hope to continue this momentum, both in action and in spirits and we are confident that the same will be reflected by brands through more innovation and being more experimental with the medium,” Narayanan concluded.

According to Singh of Arm Worldwide, there could be phases where spending may go down but they don’t expect any decline until March. Citing similar sentiments, Zee’s Sehgal indicated that he sees this trend continuing till at least six months more.

However, according to Balakrishna of The Hindu, there is already a little decline in November but they expect it to increase again in December during the festive season.