Experts and brands say clauses for new endorsers have gone from being very general to highly detailed. Brands now insist on a ‘moral clause’ while associating with any celebrity

Audiences can be a lot more forgiving of ‘erring’ celebs than one can imagine. A lot is said about how controversies in the lives of celebrities impact their associations with brands. But people such as Salman Khan and Sanjay Dutt, who have had their share of controversies in the past, still enjoy wide acceptance among audiences and are considered a safe bet for brands. Byju’s is also back with its ads with Shah Rukh Khan after suspending it for a while.

Many megastars who have been no strangers to controversy have had their fair share of troubles with brands they have endorsed in the past. Kangana Ranaut lost 19 brands after a controversy triggered by her relationship fallout with Hrithik Roshan. On the other hand, golf hero Tiger Woods enjoyed a squeaky clean image till a sex scandal exploded. Marketers panicked and his brand value hit rock bottom. Gilette was appalled to have him as "the best a man could have".

Cut to the present, all these stars are now extensively celebrated.

The controversies, however, certainly have had an impact on brand-celebrity associations. Having burnt their fingers, brands now do much more due diligence when selecting celebrities. Keeping in mind the ecosystem and social media sentiments, they are more mindful of the contracts while putting sufficient effort into gauging the impact.

Celebrities bring glamour to an advertisement and add more value to a brand. But there is definitely a level of caution among brands when working with a celebrity embroiled in a controversy. 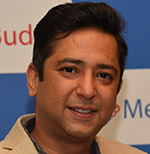 Ashish Bajaj, Head of Marketing, Partnerships and PR, MediBuddy, said different controversies have different impacts. For example, a celebrity embroiled in an extramarital affair might not be as damaging as one involved in a criminal offence. Also, it differs from brand to brand. There are some that like to hire controversial celebrities. But others that don’t rely heavily on celebrity endorsement are much more likely to end a contract with a person involved in a row, he said.

Bajaj said while there isn’t a fool-proof strategy, advertisers have become more cautious to avoid damage to their brand name.

Brands have begun exercising much more due diligence while selecting celebrities to minimise any possible risk. Advertisers have also started to look differently at the endorsement genre.

“Clauses for new endorsers have gone from being very general to highly detailed. Brands now insist on a ‘moral clause’, which entitles the brands to terminate the endorsement agreement, if, in their opinion, the celebrity has committed any act or does anything that might tend to bring him or her into public disrepute, scandal, or ridicule, or which might tend to reflect unfavourably on the brand. These clauses are broad and discretionary. Industry insiders reveal that contracts are already being made more ‘social media controversy-proof’,” Bajaj said.

Yet, there’s really nothing definite that can insulate a brand from the fallout of a row. A brand can only do due diligence with contracts and protect itself from possible issues that might come up. 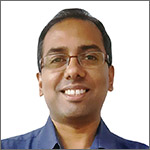 Laalit Lobo, Vice-President, Marketing, Bombay Shaving Company, said two aspects are crucial - the seriousness of the controversy and the impact on perception by the core TG. In the social media world we live in, 200 people on Twitter can create a negative trend on any flimsy ground. However it's important for brand managers not to take a knee-jerk reaction, but to gauge the impact dispassionately, he said.

Brands are careful in signing up a brand ambassador. People prone to raging, violence, sexual misconduct or just shooting their mouths off are usually not chosen. That said, no one wants a bland, boring or vanilla brand ambassador who will never say anything even slightly unconventional, Lobo said. So there's always a slight risk and that's where the skill of marcom professionals comes into play—how can they take quick decisions to nip emerging controversies in the bud.

Consumers expect some celebs to be bad boys who are not fazed by a controversy. But celebs such as Amitabh Bachchan are so conscious of their image that they would take extra care to avoid any damage. Like Bachchan quickly scrapped his deal with Kamla Pasand after he was trolled for endorsing a harmful product. If he or Akshay Kumar were embroiled in some scandal, it would definitely hurt their brand value. 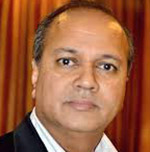 Ramesh Narayan, Founder of Canco Advertising, said brands must decide what they stand for. If they are among those who take a principled stand on issues or their products stand for "good", they should better examine the antecedents of the celebs they select and make sure their brand does not take a hit because of the antics of their endorser. “At the end of the day, it makes a lot more sense to align with celebs who have a good image or who publicly espouse good causes. Brands with purpose need celebs with purpose.”

Is there a long-term impact on brand deals or celebrity fees?

Although Byju’s suspension of its advertising campaigns with SRK is a knee-jerk reaction, there is nothing new to it. Golfer Tiger Woods, when he was involved in one of the largest celebrity scandals in 2009, highly influenced the images of brands he endorsed. The negative publicity involving his infidelity affected the brands and how they were perceived. At that time, both Tag Heuer and Nike were endorsed by Woods. While Nike decided to stick by the golfer, Tag Heuer dropped him. Because of the scandal, Nike lost $1.7 million in total sales and almost one lakh customers.

Bajaj doesn’t think there is a direct impact on fees. However, he said there may be a direct impact on whether brands onboard a celebrity after controversy and its seriousness. Most brands would do well to adopt a wait-and-watch approach for a while until the dust settles or until the celebrity is proved innocent.

“These controversies don’t necessarily have long-term effects; it predominantly depends on how the celebrity builds his image and the relationship he/she holds in the industry,” he said.

Many celebs continue to enjoy massive popularity among fans and feature in brand campaigns despite their ‘regular’ controversies.

Lobo said if a brand sticks to its ambassador even after accusations such as sexual assault, violence or other forms of criminality, then it will definitely be impacted in the long term.

However, brand managers usually worry about the short-term impact.

“For digital products, a controversy can have an immediate impact on business such as uninstalls, lowering of ratings on app stores, etc. These brands are particularly vulnerable. For non-digital brands, the impact may be medium term,” he added. 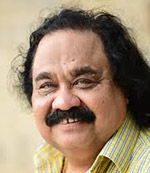 Sandeep Goyal, Chief Mentor, Indian Institute of Human Brands (IIHB), thinks celebrity brands are largely Teflon-coated. “Controversies are disruptive and threatening in the short run but rarely impact the brand substantially. So brands don’t really face any imminent danger from the impact of such controversies,” he said.

Goyal said fees may come under a cloud but there is no data to it. In Aamir Khan’s case with Snapdeal, he was just dropped. Salman and Sanjay Dutt continue to prosper even with allegations of serious crimes. He said good contracts, with all indemnification, is the only way out but that is largely theoretical.