Sources at the channel feel Sardesai, a broadcasting veteran, has brought a lot of embarrassment to the company by spreading misinformation and violating social media guidelines laid down by the group 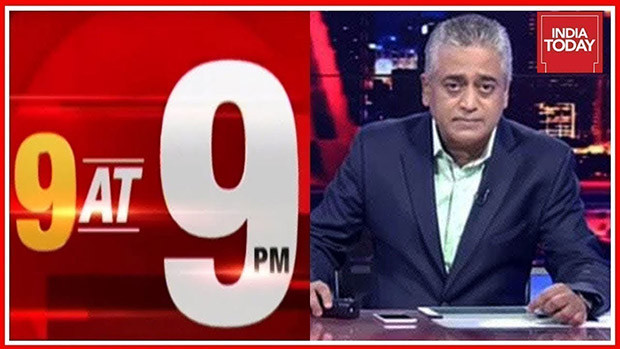 In a first, India Today has set a precedent by penalising its star anchor for repeated violation of social media guidelines laid down by the group.

On January 26, when tempers were running high as farmers stormed into the Capital and the city was on the brink of a collapse, News Anchor and India Today Consulting Editor Rajdeep Sardesai tweeted that a young farmer was killed in police firing.

The news took the country by storm. Sardesai even went live on India Today, explaining how the young farmer was shot by cops and why this would become a really big movement as farmers from across the country would seek ‘Justice for Navreet’.

The Delhi Police, however, was quick to issue a rebuttal and released a video showing the farmer overspeeding the tractor, running it over the barricades and the tractor finally turning turtle. The farmer who was driving the tractor later succumbed to his injuries and was not shot by the cops, as Sardesai had claimed.

This wasn’t the first instance Sardesai, who has around three decades of journalistic experience, was found spreading fake news. A day before, he fell for a hoax on Monday surrounding the unveiling of a portrait of freedom fighter Netaji Subhas Chandra Bose at Rashtrapati Bhavan.

The tweets were later deleted by Sardesai.

India Today, where Sardesai works as a Consulting Editor and prime time anchor, finally acted against him on Thursday and decided to take him off-air for two weeks. The channel also deducted a month’s salary.

When contacted, Sardesai refused to comment on the matter.

Commentary: Was Partho Dasgupta being played by Arnab Goswami?