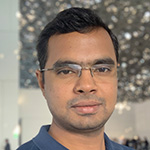 Tags: Livspace Don’t try this at home
More from this section