Outdoor advertising had been the most hit during both Covid waves and lockdowns. The segment, however, is now witnessing a steep growth with more advertisers putting their money on the billboards

With almost all sectors of the economy opening up, including aviation, outdoor advertising is witnessing a strong rebound.

The festive season is likely to push the sector’s growth by at least 15%, industry leaders believe.

Categories such as real estate, jewellery, auto, OTT along with the mobile handset brands are investing more money in the medium.

The sector was one of the worst-affected mediums with almost a 60% de-growth in 2020, according to a FICCI-EY report.

The outdoor players are feeling positive about the festive season. “We are already seeing an uptick in OOH investments as consumers are out and about after the deadly second wave of the Covid-19 pandemic. As life moves towards a semblance of normalcy, we are optimistic about the direction that OOH will take,” said Aman Nanda, Chief Strategy Officer, Times OOH.

“Traditionally, the key sectors for OOH were auto, BFSI, real estate, and consumer durables. Over the last few years, OTT and e-commerce have proven to be big spenders as well. We expect a spike in OOH spending in the coming months due to the high volume of IPOs to be floated. Also, with the IPL and the ICC T20 World Cup around the corner, we hope to see a large OOH presence of the sponsors,” Nanda said. 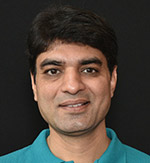 According to Parimal Modi, CFO, Khushi Advertising Ideas, compared to 2020’s festive season, this year’s festive season is much better. He said this time they are actively getting clients from real estate and jewellery players.  “We are expecting a 25-30% recovery month on month. I think we'll be at 50% of the pre-Covid level in October and November,” said Modi. 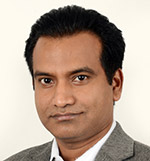 In many markets, the rates are back to pre-Covid times and there is an expected correction in discounted rates, said Uday Mohan, President and Head (North and West India) Havas Media.

“With the onset of the festive period, we are again witnessing a steep demand in the OOH sector, especially by categories such as automobile, media and entertainment, two-wheelers, and several others. We are expecting an overall increase of 10-15% in the OOH category during this festive period, as we foresee many other categories getting active and start spending,” he explained.

Gaikwad said with the pandemic condition improving, more and more people have started venturing out and are on the path to what used to be a state of normalcy. Brands are looking to cash in on the revenge-spending psychology, which is believed to be one of the factors driving consumer behaviour and purchase patterns.

Another factor contributing to the growth is OTT releases, he said. “With a majority of big-budget movies taking the OTT route, spending on marketing these has also proportionately increased. Biztalk, our DOOH Network, has always been an empowering medium, allowing OTT brands to capitalise fully on the programmatic abilities and the dynamic content display.”

On a similar note, Nanda said as a result of a regular spate of new releases, they see a steady or even a lightly increased presence by OTT players on OOH.

However, despite the country opening up, many categories are yet to return to OOH either because of relocated spends or supply chain issues. Players are awaiting these sectors to be active.

“FMCG is spending well but they are still not spending as much as they used to in the pre-pandemic era. From the 13-14 sectors previously, only four are active. We are waiting for a few more sectors to be active. For example, in the mobile handset category, players such as Oppo and Vivo were big spenders but they are restricting themselves now because they don’t have many stocks due to production issues. They will start their campaigns from Diwali, October onwards,” said Modi.

Mohan said that in the metros, the OOH sector has been severely affected whereas smaller cities are doing better. “In metros, the rack rates are revised downwards by 20-25%. In tier 2 and 3 towns, the discounts are lesser and are in the region of 15-20%. With the phased-wise return to business and opening up of markets and malls, we are witnessing an increase in footfalls backed by the festive demands. Hence, the discounts are being reviewed and corrected,” he said.

According to Modi, in Gujarat where they are mainly active, in cities such as Ahmedabad and Vadodara, they have 90% occupancy of OOH. With Navratri around the corner, they are confident about a good occupancy within Gujarat. “In places such as Maharashtra and Kerala, Covid is still somewhat active. Hence OOH is picking up there,” he said.

Modi said they will soon expand to UP and Bihar.

OOH and DOOH advertising have taken off at airports with passenger footfalls increasing slowly as restrictions across most countries have been lifted. There is a 20% increase in passenger traffic every month, Modi said.

He said airport advertising has improved since August and is better than last year. "Brands are noting this as well and both airport and mall advertising is picking up well,” he said.