The ad has zero empathy for people who are suffering from phobias and other serious conditions, explain experts

Netmeds, a pharma delivery player, has been facing flak from netizens and experts for showcasing mental health issues and phobias in a very ignorant manner.

Their latest ad has been called out for belittling serious issues at a time when many in the country are battling mental health issues.

Starring the two Kapoor sisters, the ad shows Kareena hesitant to enter a lift, implying she has a phobia of closed spaces. Her sister Karisma then drags her towards the lift.

The ad features another person posing as a liftman, who has no role whatsoever. The lift stops functioning and Kareena starts shouting in panic.

In a country where issues related to mental health are highly misunderstood, it is the responsibility of marketers to ensure that the right message is reaching across to people. If trivialising the issue was not enough, they seem to be confused between ‘claustrophobia and anxiety, which are two very different conditions’. 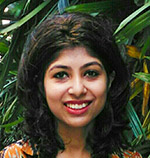 Speaking to BestMediaInfo.com, Piali Dasgupta, Senior Vice-President, Marketing, Columbia Pacific Communities, said, “A quick disclaimer. I am not a medical professional, a psychiatrist or a psychologist. But as someone who has lived with clinical anxiety and depression for over 23 years, here is why I feel the Netmeds advertisement is a very poor portrayal of a serious and life-altering mental illness such as Generalized Anxiety Disorder and builds a fairly problematic narrative. It is also offensive and condescending to people who live with anxiety.”

Explaining where the film went wrong, Dasgupta said in the film Kareena is shown feeling nervous and uncomfortable about getting into a lift, because she is scared of confined spaces. In other words, she probably has ‘claustrophobia’. “A phobia is not the same as clinical anxiety because a phobia is almost always connected to something specific. For example, a cynophobic is someone who is scared of dogs. When he/she does not see a dog or think about a dog, the person does not experience anxiety,” she explained.

“But anxiety as a disorder is characterised by a persistent and irrational fear of day-to-day things that impact day-to-day activities. People with anxiety demonstrate one or more symptoms on a regular basis, for at least a period of a few months, before they are diagnosed with the disease.”

“So, clearly, there is a difference between phobia and anxiety and their symptoms. By labelling a phobia as anxiety, the advertisement not only dilutes the severity of anxiety disorder, which is a far more persistent and life-altering condition but does a great disservice to the narrative and discourse around mental illness, which is mired in acute ignorance, lack of awareness and stigma in a country like India,” Dasgupta said.

“The semiotics of the ad are totally off. The representation of Karisma and Kareena Kapoor as these wealthy socialite women, contrasting with the working class chowkidar in the lift, who doesn't understand or get these rich women/memsahib issues. The suggestion is that for any problem, there is a pill to pop from Netmeds, which you can get in a jiffy. Treating mental health issues with instant pills has been trivialised to the level of ordering a pizza when hungry,” she explained.

“It's like the most ‘unwoke’ ad they could have made on the topic; deserves to be banned,” added Shivakumar.

BestMediaInfo.com reached out to Netmeds for a comment but had not received any response till the time of filing this story.

People have objected to the fact that the ad shows one can order medicines for serious conditions casually on the app.

“Please do your research and don’t mock anxiety and claustrophobia like this. Disappointed,” read a comment on the ad.

“You can’t order anxiety medicines like this. Please don’t propagate this,” read another.

A few more comments calling out the film: 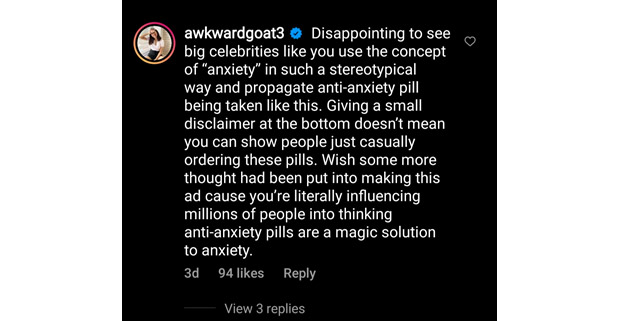