Though there has been an overall improvement in the representation of women in advertisements for the auto industry, there is still a long way to go, say experts

Recently, Royal Enfield launched its film ‘Home’ that follows a sole rider’s journey through Ladakh on a motorcycle. Although the film targeted biking enthusiasts, it mapped the journey of a ‘female protagonist’ and her emotions on her journey back home.

Most brands when featuring women do something for themselves, go to town about it and make it obvious that the protagonists are females. But this film didn’t highlight that the brand went out of the way to feature a female biker in an ad of a category dominated by males. It was well-received for the very reason that the makers didn’t feel the need to show that women riding bikes is 'unconventional'.

Just like the Royal Enfield ad, we see women riding cars, bikes, scooters every day around us. Women take road trips, and know how to fix a tyre and how to park a vehicle perfectly. Bollywood has also acknowledged this fact and the directors famous for the road-trip movie genre are finally making a movie about three women hitting the road together.

But despite the visible number of women drivers we see around, why don’t we see them in ads for auto products?

According to estimates, women account for 10-12% of sales in the 2.96 million passenger vehicle market in India. However, experts say the share of female car users is much higher as many times, the vehicles are registered in the names of fathers or husbands but used by all.

Although a few auto brands have women protagonists in their ads, they are usually one-off. Women still have little or no place in representing the automotive industry, suggest experts. 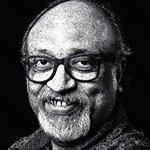 According to K.V. Sridhar, Global Chief Creative Officer, Nihilent Hypercollective, marketers and manufacturers of automobiles are reluctant to position a product against women. He said underrepresentation was acceptable when the decision-makers were men but today, there are a good number of women drivers, at least in metro areas. The notion in the industry is that if you position a product against women, the men do not buy it, he explained.

According to Sridhar, marketers can in fact gain by positioning products to women as they form a significant market share. “The advertising agencies can make a huge difference here. Marketers are missing out on a huge marketing opportunity. Even if you can get an 8-10% market share by this, it will be huge,” Sridhar said.

Shashank Srivastava, Executive Director, Maruti Suzuki India, said 93% buyers in the car category are males, which is in direct contrast to the US where the ratio is 50:50. “Over a period of time, Indian women haven't really progressed as much as we would like to have in terms of car buying. That is the reason why most OEMs generally look at the TG as male, 24 to 40 years, when they make their brand and media plans.”

Srivastava, however, said this is slowly changing as the market and economy are growing and they have noticed many changes. “There is now a much stronger influence and there are a lot more women in the workforce. This means they are more professional, and especially in the bigger cities there are some models where almost 13-14% buyers are females. This indicates that as the Indian economy grows, and you have more emerging segments, women are becoming an important part of the buying process,” he said.

Vijay Kaul, Deputy General Manager, Marketing Communication, Yamaha India, said the target audience’s age plays a major factor for brands while advertising as the purchasing power is still not completely at the hands of the end consumers who fall under the 18-24 category. However, studies have shown women are playing a major role in vehicle purchase, be it model, colour, specifics, brand and even the purchasing method (EMI, finance, etc). With more disposable income and independent purchasing power, the situation is rapidly changing and will definitely keep improving, Kaul said.

“Commuting is not a co-dependent activity anymore like it used to be a decade ago. He said, gender diversity across the auto industry would create a better experience at the level of decision makers, marketing professionals and at the customer-facing end,” he added.

Many a time, the depiction of women in the auto industry’s ads is a product of the unconscious gender bias, said Nisha Sampath, Managing Partner, Bright Angels Consulting.

She defined this as not being aware of roles that further stereotypes gender and this happens when mostly only male perspectives are taken into consideration. She said this is true in many other categories such as finance, where it is extremely hard to find women making decisions in insurance and mutual fund ads.

A few examples of automobile ads with women drivers

This ad by Hyundai on the occasion of Women’s Day talks about breaking stereotypes where a woman driver helps the male driver with parking:

Another ad by Tata Motors talks to women about what inspires them to drive. However, it has shown men buying cars for women.

Another ad by Honda 4G shows people of all ages riding their scooters. However, most women are seen sitting behind men or not riding the scooter at all.

“Bikes and automobiles have a similar problem. Bikes have a very macho image, when I speak to women all the time as a researcher they say they want to ride a bullet or a Harley Davidson. The only thing they lack is some opportunity, but the aspiration is very much there. I don’t see this aspiration of, particularly of the younger generation getting reflected adequately in advertising,” Sampath said. 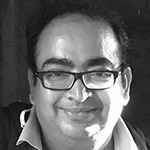 According to Akashneel Dasgupta, Chief Creative Officer, Network Advertising, it’s strange that while advertising needs to be two steps ahead of society, in reality it is four steps behind in this category. “The irony is that women are driving the most treacherous of stretches, taking solo trips and even taking the wheel while being with their man. Only advertising is still lagging behind,” he said while stating that Tata, Ford and Royal Enfield are a few brands that are breaking the mould.

How can the advertising industry improve the depiction?

Advertising has the power to influence people and help them form decisions. So while women might not be buying an equal number of cars, advertising does have the ability to create a demand for automobiles among them.

The industry does not connect to or talk to enough women drivers to understand the meaning of driving in their lives. Being able to drive has completely changed women as a generation. There is a sense of empowerment, freedom and possibility. When we start listening to women, you will find out not only the need to create advertisement but also products from their perspective. Sampath said the change has to come not only from the ad industry but also from manufacturers themselves.

Citing similar sentiments, Dasgupta said the industry has to look at a woman no different than a man, and more than the creators, the brand owners need to open up and take the gender bias out of their portrayals.

“Women’s representation in Yamaha ads has always been on an equal level and women-centred campaigns have been carried as they are our target consumers for the scooter segment. We believe in creating relevance in product advertising rather than creating a perception to our target audience,” Kaul said.

He said the automotive industry has always been male-dominated and there are certain areas where the women interface can be improved, like in a workshop where the guest facilitator is mostly men. However, they are trying to change the user experience and make it more female-friendly. Policies at workplace are changing and becoming more inclusive and reducing the gender gap and bias as much. Working on gender balance is very crucial be it from a customer or a company level, Kaul said.

Pointing out how advertising could be better in this field, Dasgupta said, “The sad bit about the category is that most of the top-selling models today are there despite their advertising and not because of them. It might be the success of very different components in the marketing mix but then it gives heart to the cliché spinners to think what they are doing is right. That’s the sad bit.”