With competition intensifying in the e-commerce segment, homegrown e-tailers such as Ajio and Tata CLiQ Luxury may take Amazon and the Walmart-owned Flipkart group heads-on in terms of advertising during the upcoming festive season

IndiaŌĆÖs e-commerce segment adex, which has been dominated by multinationals such as Amazon and the Flipkart group, is likely to increase spending, which is also flowing in from domestic platforms such as Ajio and Tata CLiQ Luxury among others.┬Ā

With competition intensifying to attract more customers, the homegrown platforms will be spending much more than previous years.┬Ā

According to industry experts, the ad spending in this segment has been dominated by Amazon, followed by Flipkart. The local players have also been spending but it has not been more than 12% of the total category spend. But as Ajio, along with other Reliance RetailŌĆÖs platforms and Tata GroupŌĆÖs online commerce platforms gain more traction in the Indian market, the homegrown companies may spend in equal proportion as well.┬Ā

This increased competition will also give a double-digit boost to the overall adex of the country, which reduced to Rs 56,000 crore in the last calendar year.┬Ā

E-commerce has become more mainstream than ever and every year, the festive season sees players holding multiple sale events, timed around Dussehra and Diwali.

While last year the Flipkart group (including Myntra) and Amazon accounted for more than 88% of the entire gross merchandise value (GMV) for the festive month, and this year Snapdeal too is betting high to make a comeback. 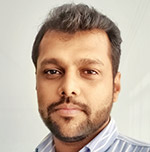 ŌĆ£We have planned a tactical campaign around the festive season that builds perception and reintroduces Snapdeal 2.0 at a brand level. The creative bit of the same is still being worked out. It is a common knowledge that the majority of the shopping across all e-commerce and retail happens during the festive season and so it's natural that the players will hike up their ad spend,ŌĆØ he said.

Since last year, Tata CLiQ Luxury has been seeing a steady growth trajectory on the platform, with a growing user base month after month.

As a luxury e-commerce platform, it will continue to be digital-first in all its marketing efforts this festive season.

Prabhkiran Singh, Founder and CEO, Bewakoof, expects the festive season to be a competitive one.

He said the adex is expected to reach pre-Covid numbers.

For Bewakoof, the overall ad spend is in the range of 10-15% of its net revenue. Last year, due to Covid, its ad spends were below 10%. But with the additional funding this year, it is planning to accelerate its growth trajectory by investing in marketing, branding, technology and talent acquisition.

Its focus is to bring the best of fashion at the best of prices for which it will take the brand to an unexplored new customer base, which will be enabled through mass media such as TV and print campaigns.

According to industry estimates, leading sellers on these e-commerce platforms have started to place large orders with the manufacturers for the largest-selling categories of smartphones, televisions, laptops and home appliances in the upcoming festive season.

In terms of luxury products online, Gupta said that with a slowdown in international travel and lockdown restrictions, consumers have turned to the internet for their luxury purchases.

For the last-mile delivery which has become a necessity, the companies are also gearing up to ramp up the hiring of temporary and gig workers. The Indian Staffing Federation (ISF) research shows that the e-commerce sector will be employing over three lakh flexi-staff and gig workers this year, which includes an addition of 60,000 to 70,000 workers during the festive season in the current year.

She said, ŌĆ£Luxury brands across categories are┬Ā boosting their spending on the digital platform to reach out to existing and new customers. Our overall strategy has been to embrace the principles of ŌĆśslow commerceŌĆÖ. In doing so, the emphasis is on the finer elements ŌĆō craftsmanship and the tranquillity of the overall experience of purchasing a luxury product. With slow commerce, the aim has been to elevate the ŌĆśqualityŌĆÖ of everything we do. We will continue to nurture our brand distinction through various brand and festive campaigns, with this brand philosophy.ŌĆØ

Tata CLiQ Luxury is hoping to double its growth this festive season compared to last year.

ŌĆ£Given the trends and progress we have witnessed month after month, we are optimistic about this festive season,ŌĆØ Gupta added.

Chatterjee, too, is hopeful that the intent of people is very high this festive season, which will make brands increase their ad spends.

Snapdeal is enhancing its focus on discovery-led models and putting forth the proposition of great value at less price this year.