Major sporting events are coming as a breather for India’s ad spends that had been hit by the devastating second wave of the Covid pandemic.

The Tokyo Olympics has started on a good note for India with a medal already in its kitty. The amount of support and advertising around the global sporting extravaganza, where India is present with a huge contingent of 228 members, has also been impressive.

Brands such as Amul, JSW Group, Raymond have signed up as partners, and Edelweiss, Nippon paint, Adani group and the Inox group are national sponsors.

Back home while the second Covid wave is settling down, brands are expecting a recovery with lockdown restrictions opening up. In such a scenario, brands will want to actively advertise around upcoming major sporting tournaments such as the ICC T20 World Cup and the remaining games of the Indian Premier League (IPL), experts say.

“Multiple sporting events such as the Olympics, India versus England series, IPL and the US Open are lined up for the next three months. According to me, adex will increase at least two times compared to May-July ’21. All brands will be active during the festival period. E-commerce, gaming, education apps, auto and consumer durables are some categories that are going to be big in sports,” said R. Venkatasubramanian, President & National Head, Investments, Havas Media Group India.

“A recovery and an increase (in adex) have been anyway predicted over 2019 and not just 2020. Everyone was better prepared this time after the second wave. There would be a boost even if the tournaments were not happening,” said Niti Kumar, COO, Starcom. 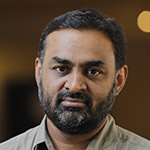 According to Jigar Rambhia, National Director, Sports, Wavemaker India, if India wins more medals at the Olympics, brands will increase their spending.

“We have seen brands associated with the Olympics, whether globally such as Coca Cola, Omega or locally such as JSW, MPL, Amul, etc., having multiple campaigns going on. I think we can see at least 4-5 official sponsors having TV campaigns at present. If India happens to win medals at the initial stage, spending will go up from brands. They will contribute a good amount to the adex this year,” he said.

Despite the pandemic conditions, advertising and sponsorship response to cricket has always been spectacular. Categories such as auto and finance were hit due to the pandemic but many new ones such as gaming and crypto exchange players entered the space and bagged sponsorship deals. This time around with a recovery insight, traditional brands that relied on cricket are also looking to re-enter the space, experts suggest. 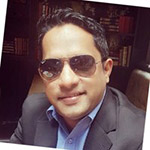 According to Anand Yalvigi, Director, Dentsu India I Dentsu Sports Asia, people have been desperately awaiting a short-format cricket tournament event since IPL was stopped. He said as cricket is a religion in India and viewership can never drop, there will be a good number of brands riding on it.

Venkatasubramanian said he does not see any major changes in response in terms of on-air ads. The channel has already signed 3-4 sponsors and other brands are also talking to the channel for sponsorship or spot buys. However, there is a concern about on-ground activations. “Most of the brands had signed up for on-ground with ICC to amplify the association through activations such as ‘meet and greet with players’, ‘a ticket to watch a match’ and other engagements with the audience, which will be a miss this year due to the pandemic,” he said.

“Brands are waiting to ride upon on-air campaigns during the live tournament. Genres such as news can also expect a hike in surround advertising by running special programmes on sports and get sponsors for the same,” he added.

Kumar said genres such as news pick up viewership during events such as the Olympics and World Cup. She said this is a great option for brands that do not want to spend that kind of money on live sponsorships and on-air advertising. “For instance, if I were drawing up a plan, I will look at investing a little bit more on news to get that viewership number coming.”

How much will brands invest in digital when it comes to sports?

The lockdown accelerated the growth of digital like never before. The medium has seen an overwhelming growth both in terms of viewership and advertising response. According to experts, there will be an overall 20% growth in digital in 2021.

“Digital will see a 20-30% kind of growth, which will continue to happen. And this is not just due to these results. Print and outdoor tend to get relatively less direct revenue; however, one can expect print to get expert paid articles along with a few spots. Outdoor would have been relevant had spectators been allowed. So, there needs to be more innovative ideas because we are still not seeing consumers stepping out in the same normalcy,” said Kumar.

Yalvigi said sports and cricket is something that is a universal platform for media and will continue to be. “Sure, the money is shifting from traditional media to digital media and a good thing to see is that the brands now riding on sports are quite a few newer names.”

Is sports becoming a risky association?

Recently when IPL 2021 was stalled due to the surge in Covid cases among players and staff, many advertisers had to suffer significantly.

Toyota Motors announced it won’t air Olympic-themed television ads because of the uproar among the Japanese public against their Government’s decision to go ahead with the games amid a pandemic.

So is associating with major sports tournaments becoming a risky affair for brands?

According to experts, there could be unforeseeable situations even if the pandemic is not there. This is why stakeholders always examine all possible situations before live events.

“Even without Covid and the pandemic, there's always a certain risk associated with any live event that you take. It can rain, the Wimbledon final can be washed out, India can be knocked out and play badly. Various things can happen if you have to do a risk versus reward analysis. I think we have been buying cricket and other live events for so long. Every brand and agency works out a risk mitigation factor so you'll know this can happen therefore. I need to have a plan B. I don't think the risk has increased of late. I think it's the same. There is just a different factor, the pandemic, that's causing this,” said Kumar.

Tags: Adex
More from this section