Domex has taken a direct dig at Harpic in its latest spot released on Friday. ASCI says while comparative ads do not violate its code, advertisers should ensure the basis for such comparison is fair and factual, and not chosen to confer an artificial advantage upon themselves and unfairly disparage or belittle others

The comparative ad has been launched at a time when the hygiene space is fast growing due to Covid-19. Comparative advertising isn’t new, but in this ad created by Lowe Lintas, Domex hasn’t disguised the dig and attacked its rival Harpic directly.

The premise of the ad is quite straight, questioning Harpic as a toilet cleaner brand and asking if it helps in containing malodour and disinfects the toilet over a longer period of time.

In the ad, a mother-son duo is seen shopping for toilet cleaner. As soon as the mother picks up the Harpic bottle, the son asks if it will remove the foul smell from the toilet. His question made the mother give a second thought on buying Harpic. Quickly coming to the rescue is TV actor Divyanka Tripathi in the Hindi version (Revathy in the Tamil version) as another shopper at the supermarket and suggests that the mother should buy the superior quality ‘Fresh guard technology’ Domex instead of Harpic as it helps remove the bad toilet smell.

Domex has not just released the ad and is waiting for the media and the social media army to catch up with its intention, it also released a full-fledged press release with the headline, ‘Domex challenges Harpic with its latest campaign stressing the addressal of toilet malodour’, which makes it a clear well-thought PR plan as well.

Although it isn’t illegal to do comparative advertising, BestMediaInfo decided to get in touch with the marketing team of Harpic and advertising watchdog ASCI to know their point of view on the ad war. 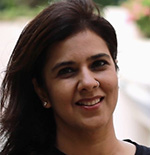 While Harpic declined to comment at the moment and will let the media know their next step, ASCI’s (Advertising Standards Council of India) Secretary-General, Manisha Kapoor said, “Advertisements that carry comparisons, including where a competitor is directly mentioned, are not in violation of the ASCI code. It should be about vigorous competition and public enlightenment. However, advertisers should ensure that the basis for such comparison is fair and factual, and not chosen to confer an artificial advantage upon themselves. Such comparative advertisements must not unfairly disparage or belittle other advertisers. At the end of the day, comparative advertising could help consumers make an informed choice. Such comparative advertising is permissible so long as it does not deride competitors and is based on points of comparison that are fair and factual.”

Not long ago, HUL dragged Sebamed to the court when the latter took a direct dig at HUL’s brands. It lost the legal battle, but the judiciary ensured that Sebamed tweaked its ad and did not belittle the competition brand in the spirit of comparative advertising. Come to the present, HUL played the Sebamed card here in the ad spot pitted against Reckitt.

In the case of Sebamed vs. HUL, Sebamed was not as known as HUL, but the ad and other aggressive marketing efforts gave enough footage to Sebamed to increase its sales by 10 times. Over here, Domex and Harpic are both fairly known brands, but given the times when the hygiene market is growing like never before, it has become even more important for the brands in this category to put their best foot forward to become the consumers’ first choice.

ASCI’s Kapoor added, “In the backdrop of the pandemic, we have witnessed a surge in demand for health and hygiene products. So, this sector is in overdrive – and that’s not really surprising. Many household cleaning products have used protection from germs as a key promise for years. In the current circumstances, consumers may be actively seeking such products. At ASCI, we constantly scrutinise all promises made by products and brands around germ protection through different technologies and formulations. Brands have to prove that their claims are fully substantiated.”

According to reports, Harpic is a market leader with a share of 70% and Domex owns a 7% market share in the Rs 1,300-crore category.

Prabha Narasimhan, Executive Director and VP, Home Care (South Asia), Hindustan Unilever, said, “ For over two decades now, Domex has been a trusted brand committed to providing superior hygiene and clinical disinfection solutions to consumers across the country. The latest communication is in line with our goal to give consumers the evidence to help make informed decisions determined by scientific insight and technology.  Our extensive studies, research and data-backed certifications underpin the superior science-first formula of the offering. Battling the second wave of the pandemic, we are all well aware that hygiene, safety and disinfection are three facets that will dominate our collective consciousness and as a brand, we have been consistently innovating to address, upgrade and deliver on these core parameters being sought by consumers in their everyday lives.”

Even Communication Strategy Consultant, Karthik Srinivasan, took to LinkedIn to write about it. He wrote, “Here we go again — one more 'brand war'! HUL's Domex names Reckitt's Harpic and says the latter is inferior in fighting bad odour because it does not have 'FreshGuard Technology', that as per HUL (jargon-alert), consists of surface modification molecules that leave a protective hydrophobic layer on the toilet commode surface which reduces water, stain, and germ build-up, thereby troubleshooting persistent problems such as cleanliness, hygiene, and malodour.”

It is not the first time that Harpic and Domex have got into battle mode. In 2008, Reckitt moved the Delhi High Court seeking a restraint on HUL’s commercial that showed Harpic in a bad light and portrayed HUL's Domex killing germs better than blue-coloured Harpic liquid. Back then, Harpic lost the case to Domex. Now, one has to see whether Harpic wants another legal battle again or will prefer not to give public attention to the matter and let it phase out.