Launches a digital platform ASCI.Social that will be home to all information about guidelines and a community of influencers, marketers, agencies and consumers

The Advertising Standards Council of India (ASCI) issued the final guidelines for influencer advertising on digital media. The draft guidelines initially were issued in February and feedback from all stakeholders – advertisers, agencies, influencers and consumers – was sought. To ensure a collaborative process and expert inputs, ASCI tied up with Big Bang Social, a leading marketplace for social storytelling, to get India’s leading digital influencers’ views on board. The guidelines will be applicable to commercial messages or advertisements published on or after June 14, 2021. The guidelines make it mandatory for influencers to label the promotional content they post.

As digital media consumption becomes the norm, the distinction between content and promotional advertisements becomes critical. The marketing landscape is transforming, and influencer marketing has become mainstream. Therefore, consumers have a right to know what content has been paid for by brands and the guidelines intend to bring this transparency to influencer marketing. Since ‘Influence equals action’ is a reality now – consumers today not only buy products and services endorsed by influencers, but they also buy into the brand stories they create. Thus, these guidelines safeguard the interests of consumers, influencers, marketers, and the advertising industry.

An Influencer is someone who has access to an audience and the power to affect their audiences’ purchasing decisions or opinions about a product, service, brand or experience, because of the influencer’s authority, knowledge, position, or relationship with their audience.

Virtual influencers, are fictional computer-generated ‘people’ or avatars who have the realistic characteristics, features and personalities of humans, and behave in a similar manner as influencers.

A material connection is any connection between an advertiser and influencer that may affect the weight or credibility of the representation made by the influencer. Material connection could include but is not limited to benefits and incentives, such as monetary or other compensation, free products with or without any conditions attached including those received unsolicited, discounts, gifts, contest and sweepstakes entries, trips or hotel stays, media barters, coverage, awards or any family or employment relationship,  etc.

As digital media becomes increasingly pervasive and more consumers start to consume advertising on various digital platforms, it has become important to understand the peculiarities of these advertisements and the way consumers view them. With lines between content and advertisements becoming blurry, it is critical that consumers must be able to distinguish when something is being promoted with an intention to influence their opinion or behavior for an immediate or eventual commercial gain. Consumers may view such messages without realizing the commercial intent of these, and that becomes inherently misleading, and in violation of clause 1.4 (misleading by omission) and 1.5 (abuse trust of consumers or exploit their lack of experience or knowledge)

All advertisements published by social media influencers or their representatives, on such influencers’ accounts must carry a disclosure label that clearly identifies it as an advertisement.

The influencers are advised to review and satisfy themselves that the advertiser is in a position to substantiate the claims made in the advertisement.

When the draft guidelines were shared, they sparked vigorous conversations within the influencer community and among other stakeholders. We received feedback from more than 25 different stakeholders over two months, some of them included industry associations like IAMAI, IBHA, advertisers like PepsiCo, P&G, Nestle, HUL, Tata, Star, we also received comments from voluntary consumer organizations. Dolly Singh, Vishnu Kaushal, Ayesha Billimoria, Aanam C, Scherezade Shroff Talwar aka Sherry Shroff, Raghav Meattle, Varun Duggirala and more. ASCI took note of all feedback, concerns and suggestions to arrive at the final guidelines

Subhash Kamath, Chairman, ASCI, said, “We received an overwhelming positive engagement and feedback from influencers and others for the draft guidelines, as well as suggestions to finetune and clarify some points. After extensive discussions, we are now launching the final guidelines that balance the interests of consumer, influencers, agencies, advertisers and all other stakeholders. I urge everyone to follow the ASCI Code and the guidelines and be part of this change promising transparency and responsibility.”

One of the key questions raised was how ASCI would monitor potential violations of these guidelines. For this, ASCI has identified a French technology provider, Reech. 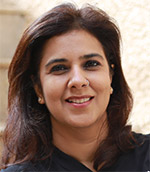 Along with the guidelines, ASCI is aiming to develop an inclusive educational approach to shape the narrative of influencer advertising. To achieve this, ASCI is launching the ASCI.Social platform, a one-stop destination for all information related to the guidelines themselves. The digital platform will be interactive with dos and don'ts, FAQs, information related to the guidelines etc. Over time, ASCI.Social hopes to create a community of social media influencers, consumers, advertisers, and talent management agencies. 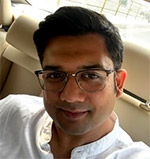 Dhruv Chitgopekar, Founding Partner, Collective Artists Network and CEO of BigBang.Social, said, “The guidelines were the need of the hour considering the rapid growth in branded communications to consumers via social media. We have guidelines for traditional media advertising but, with the boom in influencer marketing, these are essential. We got on board on ASCI’s behest, lending our learnings from extensively working with social media influencers and understanding of brands to the effort. I’m pleased with how comprehensive and practical the final guidelines are.”

Dolly Singh, who is among India’s leading digital influencers, said, “The digital marketing space is growing rapidly and so are its participants. This is the right time to have a codified system of disclosure. I fully support this move by ASCI because it will result in viewers having even greater trust in influencers like me.”