In a conversation with BestMediaInfo.com, Abhishek Dutta, South Asia Network Head, Cartoon Network and Pogo, says viewership of the kids’ genre is bound to increase with restrictions being enforced across India. He shares the content strategy for the prime summer period

Pogo is all set to launch a variety of new offerings for the summer period to attract young viewers. The kids’ channel has launched a three-month programming block, ‘All new Pogo’, which highlights the fresh on-air packaging and a new programming slate, including new specials, movies, and episodes. 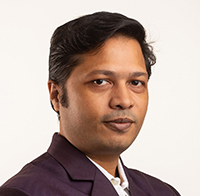 Talking about their summer line-up, Abhishek Dutta, South Asia Network Head, Cartoon Network and Pogo, said, “We have many new never-seen-before specials, shows, TV movies and brand new characters lined up for the entire summer season from April to June 2021. Basically, all-new Pogo is here to delight all its young viewers with new shows. The idea was to umbrella all our new offerings under a new special umbrella, especially made for kids during summers.”

Speaking about the content strategy for Cartoon Network and Pogo, Dutta said, “We will basically continue to create and acquire unique shows that are authentic and are found to be authentic by viewers on both channels. This helps us to be engaged and motivates fans who love these animated characters. Our focus would be on providing fresh content as much as possible. We are getting not just new episodes of our existing content; we are also getting new shows for both channels.”

“On Pogo, we are starting with Lambu-G Tingu-G. On CN, we have plans to launch Dabangg, which is another IP in the slapstick genre. For kids today, engaging content is not enough, relatability also matters to them a lot. We basically identified this area even before the pandemic and as strategists, we are going with the same strategy of providing new shows and new content,” he added.

Dutta said Pogo’s new IP Lambu-G Tingu-G will resonate with the young viewers as it falls in the genre of slapstick comedy. “It’s about the duo that has a very close relationship but also a quirky funny banter going on among them regularly. They save the city from villains. Both have some superpowers and the theme of the show is goofy superheroes versus goofy supervillains. So it's an out-and-out comedy. For us, it is an extension of our continuing belief in investing in home-grown animation.”

The channel has an extensive 360-degree, high-octane marketing plan for the show, which includes extensive digital marketing, PR influencer engagement and brand integrations along with on-air activations. The channel has partnered with ABCD Dance Factory to present a dance challenge on the show’s title track. “Apart from this, we are doing a fun game that will be launched on Pogo’s website.  Pogo has associated with leading influencers and established exciting brand partnerships to introduce to kids,” Dutta said.

Asked about the advertising response towards the channel he said, while last year everyone experienced a loss, advertising on both the channels returned in the second half. “Ups and downs keep happening in the category in terms of rates and stuff, but we are really hopeful that in the new year, we will be getting more in comparison to what we had in the past. Frankly from mid last year, we have seen an uptick,” he said.

“Last year, when the pandemic struck us, viewership on kids’ channels went very high. It was among the third-highest viewership among all the genres. Even this year, with the pandemic striking again, the viewership is bound to go up. Frankly, in current times, we have been seeing recovery in the business. We are hopeful that we'll continue the streak going forward,” he said.

Dutta spoke about non-FCT revenues for the kids’ genre and said they are important today and bring in significant revenue for the channel. “Non-FCT revenues always do play an important role and we always bank on that. For Lambu-G Tingu-G, there is Rasna as the associate sponsor and Perfetti – Chocoliebe Eclairs Plus as the presenting sponsor on the show, with more potential partners in conversation. Yes, Non-FCT revenue definitely helps and is one of the major revenue sources for any network in the category.”

He said that the kids’ genre is a competitive space and both channels witnessed the largest growth in the category last year. “Competition is going to be stiff in this category and it has always been. We have a lot of offerings lined up for the year. If you see, last year Pogo and CN saw a lot of growth and the highest growth in the category in terms of percentage. Our channels are growing consistently. With a line-up of new shows this year—which not only includes new episodes of existing shows but multiple new shows — we are sure we will keep consolidating our position and keep growing as we have been.”

He said they have a strong digital plan for kids and the recently launched Pogo’s YouTube channel, adding that one of the videos on the channel crossed a million views in just a week.

Dutta said the future for the kids’ genre is bright with the potential of the Indian animation industry, be it storytellers or animators who bring in technical expertise. “The Indian animation and visual effects industry continues to rub shoulders with a lot of global counterparts and is growing at a healthy rate. The animation and VFX and post-production segment grew by almost 15% in FY 20. The sector seen a growth of around 18% from FY-16 to FY-20 and we are seeing more mature content being developed in the animation space.”