74% of the gamers prefer to watch gaming advertisements over in-app purchases in order to move to the next stage in the game. They also boast of a high ad recall with 60% being able to recall an ad seen in or during a game 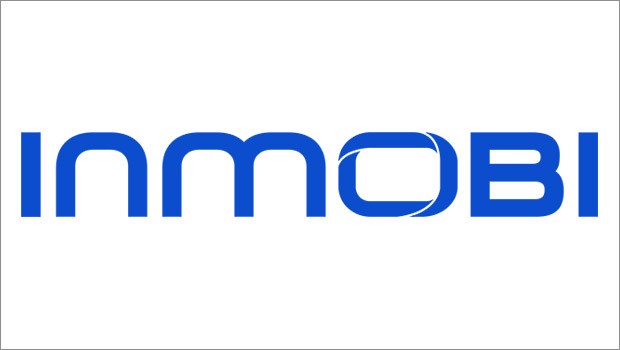 Inmobi’s report title ‘Everyone's gaming among us - Mobile gaming through the pandemic and beyond’ reveals insights derived from the app usage patterns and trends that were analysed basis 1.7 trillion ad requests between January 2020 and January 2021 on the InMobi Marketing Cloud and Audience Intelligence Platform, and a survey conducted among over 1000 smartphone users from across India using InMobi Pulse.

InMobi Pulse is a mobile consumer intelligence platform powered by artificial intelligence (AI). Overall, the report indicates that in India, which is home to 1 out of 10 gamers across the globe, mobile gaming is a source of entertainment as well as relaxation, and it has become a mainstay in the life of the average citizen.

Commenting on the changing gaming pattern in India, Vasuta Agarwal, Managing Director, Asia Pacific, InMobi, said, “Mobile gaming accelerated due to the lockdown in India as people continued to shelter at place and work from home. What was seemingly an emerging trend is now a lasting behaviour with a 1.5x growth in gaming users. With over 80% of mobile gamers playing every day, it has evolved to become an integral part of the connected consumer’s life.”

India: The Land of the Committed Mobile Gamer

Gaming in India is no longer restricted to young men. The majority of Indians are committed gamers who play at least once or more every day. Accessibility and affordability of smartphones and high-speed internet are some of the factors which have made mobile gaming a popular source of entertainment for people regardless of age and location. The report highlights that women constitute 43% of the mobile gaming audience in India of which 12% are in the age group of 25-44 and 28% are over 45 years.

Typically, Indians play mobile games in multiple short spurts during the day. 40% of the respondents who participated in the InMobi Pulse survey indicated that they usually play in 10-minute sessions - in between meetings, chores, meals, etc. However, committed gamers, on the contrary, spend substantially more time per session than other gamers, with over 84% of the players spending up to an hour on mobile gaming in a single sitting.

According to the report, committed Indian gamers love experimenting with new games. More than half of the survey respondents said they download a new game every week while over 40% have more than three games on their smartphones at any given time. Given the vast app universe and increasing size of the apps, Indian gamers say they have to constantly choose between apps that they want to keep on their smartphones. While casual and card/puzzle/board games are a popular choice among all gamers, the committed players and Gen Z gamers have a greater inclination towards MOBA (Multiplayer Online Battle Arena), simulation, and action games.

The onset of the pandemic and the subsequent lockdown resulted in a significant shift in mobile usage and consequently has been a catalyst in boosting mobile gaming in India. During this period, the survey shows that 45% of Indians started playing games on their smartphones. This also resulted in a spike in the amount of time spent on mobile gaming as well as the number of apps they experimented with. Among the committed gamers, 40% spent more time on gaming apps while 38% of them increased the variety of games they played. During Covid-19, on an average day, time spent on gaming apps surged through the day as people played a lot more often starting as early as 7:30 AM till 11:30 PM. The sharpest surge in the use of gaming apps occurred at 11:30 AM, with a 6.6x increase in gameplay.

The lasting impact of Covid-19 shows that Indians are continuing to play a lot more on their smartphones throughout the day. Mobile gaming has grown from being just a hobby to becoming synonymous with a medium of relaxation. Gen X (45+ age group) users were seen indulging in multiplayer games to connect with family, friends, and other like-minded people on the platform.

Importance of Mobile Gaming for brands

Despite the huge opportunity right in front of them, most marketers seem to be hesitant when it comes to investing in the gaming space. They carry misplaced notions on the lack of personas, placements, engagement, and of course brand safety – but this couldn’t be further from the truth. Contrary to the popular notion, women today are highly committed gamers, with 77% of them playing at least once a day if not more, to relax and stay connected with family and friends. Data finds that around 32% of women games play in 10-minute sessions while 23% tend to play for over an hour every day.

Even the most committed gamers don't limit themselves just to games but keep a variety of other interests both online and offline. These people can be found all across the internet, be it on social media platforms, video and music streaming apps, or at a retail outlet. Today, the probability of mobile gamers being the target audience of any business is extremely high which means one can effectively engage with these user groups to market their brands. Data also shows that 74% of the gamers prefer to watch gaming advertisements over in-app purchases in order to move to the next stage in the game. They also boast of a high ad recall with 60% being able to recall an ad seen in or during a game.

Indians interact 2.6x times more with video ads shown in Gaming apps than with those shown in other apps. Video advertisements in gaming apps are among the most popular and deliver 31% higher completion rates for publishers (over the MOAT benchmark) on the InMobi advertising platform.

“Gaming is one of the most scalable channels for brands to reach diverse target audiences. Be it women, millennials, sports enthusiasts, or OTT viewers, everybody is gaming among us. Moreover, mobile gamers are receptive to advertising with 3 in 4 consumers preferring to see an ad and 60% of them being able to recall the ads they see. Gaming is the biggest opportunity for brands to maximise impact with video and other engaging formats in 2021,” added Vasuta Agarwal, Managing Director, Asia Pacific, InMobi.

According to the report, the Indian gaming ecosystem has matured by leaps and bounds over the past year. India is the 5th largest mobile gaming market across the world and the gaming culture has now achieved escape velocity in the country, competing with other popular entertainment categories such as short-form videos, streaming services and social networks. As brands continue to traverse different stages of digital marketing maturity, leveraging this platform would be extremely critical for brands to meet the consumers where they are, and continue to stay relevant.