While recent reports predict a phenomenal growth for the industry, gaming platforms feel it will be possible only if laws are streamlined. They want Niti Aayog to bring all such platforms under a single self-regulator

While a recent Deloitte India report suggests India‚Äôs online gaming industry will reach $2.8 billion by 2022 at a compound annual growth rate (CAGR) of 40%, industry players feel the government needs to streamline legislation to allow them to reach their full potential. They say the arbitrary banning of real-money gaming or fantasy sports by different states has dampened their spirits. 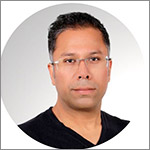 ‚ÄúThere are marquee investors putting their money into these gaming platforms, there are people employed by them and 400 million people playing these games. The government wakes up one fine day and bans everything. This is foreign capital coming into the country. And on the other side, we have the Prime Minister saying we need to invest in Make in India,‚Äù said Manav Sethi, Chief Marketing Officer, Octro Inc.

The online gaming industry in India is caught between the central and the state governments. As it is online, it comes under the ambit of the Ministry of Information and Technology. However, gaming is a state subject. Several states such as Tamil Nadu, Andhra Pradesh, Sikkim and Nagaland have in the past banned different gaming sectors.

‚ÄúThis hampers my potential to expand or to launch a new game. Tomorrow, new investors will not come in and the existing investors will also cry foul. The need of the hour is to harmonise the state and central laws. States ban the games without any material evidence on record. Although every life is precious, there's no data that says x number of people were adversely affected by it. Some investigation is needed to find out if a particular incident happened due to a particular game or not. And if it has, then find out which particular entity was responsible for it and ban them, not the entire market,‚Äù Sethi said. 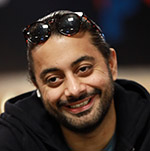 Navkiran Singh, Founder, and CEO of Baazi Games, said, ‚ÄúThe geo-specific arbitrary legislation often takes us by surprise and has a huge impact on our business. Having said that, we duly comply with the law of the land and take necessary action as soon as the state government lays down the rule. There‚Äôs an innate need to apprise the potential users of the real money gaming industry if we are to expand operations and sustain business activities.‚Äù

Niti Aayog, in its draft report titled 'Guiding Principles for the Uniform National-Level Regulation of Online Fantasy Sports Platforms in India', has suggested setting up a single self-regulatory body for fantasy sports. However, the online gaming industry has urged the government to set up the body for the entire online skill gaming sector and not just the fantasy sports industry. The industry players believe this is a necessary step to streamline the industry.

‚ÄúWe support the initiative taken by Niti Aayog. We believe it will help the fantasy sports ecosystem grow at a faster pace. With the recommended plan, there will be a tectonic shift in the Online Fantasy Sports (OFS) industry and we want to urge them to also consider other games of skill such as poker and rummy. Centrally regulating these two industries will boost the changing perception about poker and rummy being skill games, which some people fail to adapt just because these are played with cards,‚Äù said Singh. 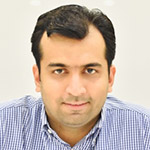 Amit Purohit, Founder, Fantasy Akhada, said, ‚ÄúIf this suggestion is implemented, it will be one of the landmark developments in the history of this industry. Regulatory uncertainty is not good for any business and if a single self-regulatory body is set up, it will help remove the regulatory uncertainty for the industry in the long run.‚Äù

Sethi agreed, ‚ÄúSo far, it has been only a few of us on the top, who have a majority market share. We have been implementing all responsible gaming guidelines. But there are 20 more who are not part of industry bodies and who have not imposed the self-regulation guidelines. We need one regulator setting guidelines and everyone needs to follow it.‚Äù

‚ÄúThese legislations have impacted our business to a great extent. We are losing a chunk of our users in these states. Users for whom we have invested a large amount. That is why we are keen on Niti Aayog setting up a self-regulatory body. We hope it will help us bring those users back on the platform,‚Äù said Sunil Yadav, Marketing Director,¬ÝPlayerzpot.

According to the Deloitte report, gaming gained prominence during the lockdown months and the time spent on gaming apps increased by 21%, with the total customer base crossing 300 million. Buoyed by the rise in users during the pandemic, the gaming platforms are prepared for phenomenal growth.

‚ÄúWe saw a good uptick in new users jumping onto the bandwagon during the pandemic. The time spent on the platform increased. We saw a 20-40% increase post the pandemic for the overall sector and for us as well. We expect to grow our business by 80-100% by the next financial year. We will hopefully launch fantasy games by the IPL in April,‚Äù said Varun Mahna, Founder and CEO, Dangal Games.

‚ÄúAccording to a recent report by KPMG, the gaming industry in India is expected to grow from Rs 43.8 billion currently to Rs 118.8 billion by 2023, which is phenomenal. The future for e-sports and gaming is bright and we foresee growing to 12-15 crore users on our platform by the end of this calendar year,‚Äù said Sai Srinivas, Co-founder, and CEO, Mobile Premier League (MPL).

‚ÄúGoing by any of these reports, the fantasy sports sector is growing at a CAGR of at least 100%. That kind of growth actually showcases the fact that people are getting keener into fantasy. With PlayerzPot, we are seeing good consistency. The coming IPL and the World T20 will form a base for all the players in the segment. And we believe that we will be growing at least 3x in terms of user base and 5x in terms of revenue from January to December,‚Äù said Yadav.

Meanwhile, the I&B Ministry also wants broadcasters to follow certain guidelines while advertising fantasy sports and online gaming to protect consumers‚Äô interests, including issuing an advisory stating the risk while playing these games. While most players consider this a welcome move as it raises awareness among the players, some platforms feel this may affect them adversely.¬Ý

‚ÄúOur advertising communication has not changed at all. We have just incorporated the necessary disclaimers in all our creatives. Apart from these disclaimers, we were already following the guidelines right from our inception,‚Äù said Purohit.

‚ÄúTo an extent, on the digital front, it doesn‚Äôt affect us, as on a static post we have to have a 20% disclaimer. But in traditional media where we reach out to people of all ages, it will definitely create an impact. Though it is a skill-based game, people have the perception it is a luck-based game. On the one hand, we are raising awareness, but on the other hand, there are people who think it is a game of luck and their opinion is getting stronger. It's a mix as of now. Maybe we will understand its full impact during this IPL or the World Cup,‚Äù said Yadav.