As OTT platforms lose up to 50% subscription revenue to piracy, CII on war mode to tackle problem

Although the OTT industry has grown multi-fold in the last few years, and more so during the Covid lockdown, a large chunk of viewers download movies and web shows from illegal websites, hitting the sector hard

Just like every other entertainment industry, piracy has also affected the over-the-top (OTT) sector ever since its inception. As there was no fresh content for a long time on television and theatres were shut due to Covid, consumption of movies and web series on illegal platforms grew more than ever before. Platforms especially run on SVOD models are losing as much as 50% of subscription revenues to such illegal websites, experts estimate. 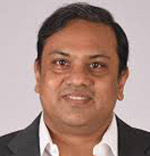 According to Gourav Rakshit, COO at Viacom18 Digital Ventures, there is a need for the industry to come together to tackle the issue. He said every piece of content is pirated and it affects anywhere between 25-50% revenue of OTT platforms. This is substantial given the significant cost of content that they carry and investments they make, he said.

‚ÄúEvery OTT platform has its own anti-piracy cell and everyone is trying to control it but the solution also lies in getting organised together as an industry and fighting on a joint portal. India is largely fighting against the unorganised sector and it is difficult to do so unless we find a systemic solution,‚Äù he added.

He said the CII (Confederation of Indian Industry) media and entertainment subcommittee is trying to find a solution. ‚ÄúIt is an active conversation we are having right now at CII‚Äôs media and entertainment subcommittee.¬Ý I was recently a part of a meeting where we were talking about the issue. We are trying to find the right solutions for it but it certainly is a tough problem to solve. However, the conversations are at the early stages but I‚Äôm optimistic that by the end of the year, we would have some potential approaches. But the fact of the matter is that I don‚Äôt think it is going to eliminate it. We will constantly need to find the ways of minimising it,‚Äù Rakshit said.

Speaking about the issue, Divya Dixit, SVP, Marketing, Direct Revenue and Analytics, ALTBalaji, said while piracy is a large issue, people must be educated about their risks. ‚ÄúIt is better to pay for content because with that money, you get access to not just one piece of content but others also. This is a far better deal than risking your personal information.‚Äù¬Ý¬Ý

‚ÄúThe entertainment industry as a whole and not just OTT is battling with the issue. Whether it is TV shows, movies or web series, everything is available through illegal channels. We do take precautions and we do have stringent measures in ensuring our product is behind a paywall. We also ensure that when we upload a show, it is DRM-protected. This is a measure taken at all levels to ensure it cannot be ripped off. However, as the digital industry is ever-evolving and hackers get smart every day, our DRM measures also keep evolving to match the new hacking tools in the market,‚Äù Dixit said.¬Ý

Dixit said while the Government has been appealing to people against piracy, it ultimately is a personal call. ‚ÄúIf you want the entertainment industry to survive, then an average consumer has to be ready to pay for it. You can‚Äôt expect people behind content such as actors, editors, writers to work for free because you are not ready to pay. The industry needs the money to pay people in order to create content for the end consumer. If the consumer decides to pay, it becomes a far better proposition for everyone.‚Äù¬Ý