WPP, say no to ageism

Ageism is an abuse as dire as bullying or me-too and must be busted pronto, in WPP and all other organisations, writes Shivaji Dasgupta, Managing Director, Inexgro Brand Advisory 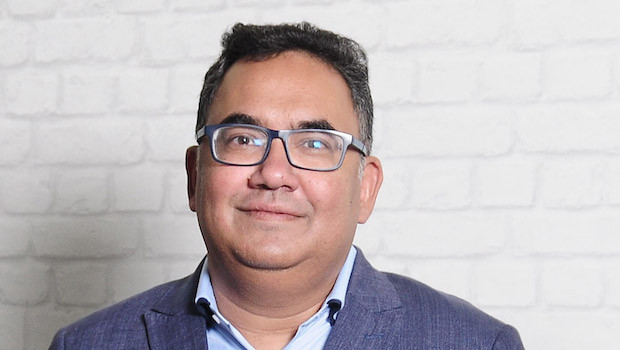 Mark Read of WPP had to apologise recently for a loose comment about the young profile of his staff, ‘they don't hark back to the 80s luckily’. This is a classic case of the ageism malaise that is bugging the corporate world, discrimination in recruitment and growth due to relatively higher age. It is particularly rampant in media and advertising and is definitely the most underrated form of corporate abuse.

The funniest aspect of ageism is that it is contradictory to the demographic indices of society, especially the higher life expectancy. While people are expected to be fitter for longer, their corporate careers are equally expected to be suitably truncated as the leadership positions are meant to be for just the young. This is high-class contrarian logic as boardrooms are looking for youthfulness in vision and execution, which is mistakenly confused with the surrogacy of age. Unfortunately this is a pattern in modern corporations, which often leads to unfair policies, inadequate performance and an avoidable disequilibrium.

Till the 1980s or even the 1990s, seniority was always a demographic path and this was true for private and public sectors equally. Quite like the IAS or banking services, even large companies sought CEOs who were above 55 and even an Indian Airlines pilot did not achieve Airbus commander status till the early fifties. This was surely not a logical practice as in the quest for doing time, the dynamic years were often lost and strategies suffered as an unhappy consequence. Which actually explained the first wave of youthful appointees quite like Rajan Jetly, who took over Air India at the ripe young age of 37. His first action was to replace the classic Maharajah with the Sun identity designed by Landor and this youthful exuberance upset all stakeholders and the decision had to be hastily reversed. Truthfully, there were many successes as well but the bigger problem in ageism is not top management but what happens to middle management.

Those from the advertising world will confirm that those above 45 years of age usually end up with two career paths, either CXO or oblivion. The jobs at a business head level dry up in favour of younger appointees and the Madison Avenues of the world are filled with super-bright cadres who face the ageism ceiling, shunted and side-lined unless getting the limited top jobs. Truly a disturbing scenario, especially in linear progression industries like ours where there is not much room for horizontal growth. A colossal neglect of experienced talent who could add so much to the business but out of favour simply because they are nearing 50. By now, it is amply clear that CEO tracks have to be cemented by the early forties, else there is not much room for a lateral entry.

Yet in this very industry, I have noted some of the finest youthfulness emerging from bodies that are well past perceptual expiry date, proving that there is no correlation really. Some of the coolest minds in the digital business are way more smoother than early 20s crop, in crafting genius ideas. Equally, while many of the latter selection may be deeply talented but even in my last stint in Havas I can confirm that they did not quite have the maturity to manage work and people. In client organisations which are more structured, I see this tendency managed more smartly with promotion cycles being calibrated to ensure youthfulness and this means that due experience is packed in within a shorter span of time. At this point, I must dwell a bit on experience or the value of it that is relevant in modern times.

When we started in advertising, some of us did look down on the older folks as we found them to be obsolete in terms of attitudes and skill sets. Art directors who could not use the mac, writers who preferred pedantic drudgery over smartness and servicing chaps who insisted on elaborate processes. While many slid into the grave, a few started to learn the future while retaining the necessary past and thus became stalwarts for perpetuity. Experience was thus an able foundation for absorbing novelty quite like a test match batting technique that sets you up for T20 success provided you improvise. In modern times, I must argue that modernity is very easily accessible and thus it is relatively simpler for older folks to stay in tune with the era. Also, across walks of living, youthfulness is a necessary ambition that is followed across dietary patterns, body fitness, dressing ensemble, music choices and so much more.

The most potent ammunition for murdering ageism is actually the internet as it is the representation of an open source world that allows a level playing field. I sincerely believe that we must staff organisations, especially the creative ones, with a scalable demographic continuum and not be misled by the virtues of young age. This will lead to superior professionalism and wisdom, which in tandem do lead to greater outcomes and can possibly help the monetisation crisis that many such industries face. On top leadership as well, I do believe with sufficient evidence that the fifth decade must be the earliest entry point for big jobs with a clear 20 year horizon for performance. It is also societally more sensitive as more folks have a longer chance to prove their mettle instead of being diverted at a premature stage.

Youth is an age while youthfulness is a state of mind. Quite often the bonus ingredient in the latter is a foundation of wise experience which leads to genuine and not just demographic sustainability. Ageism is an abuse as dire as bullying or me-too and must be busted pronto, in WPP and all other organisations.