While television is set for record ad revenue this season, the same may not be true for digital despite brands lining up for advertising rights on Disney+Hotstar 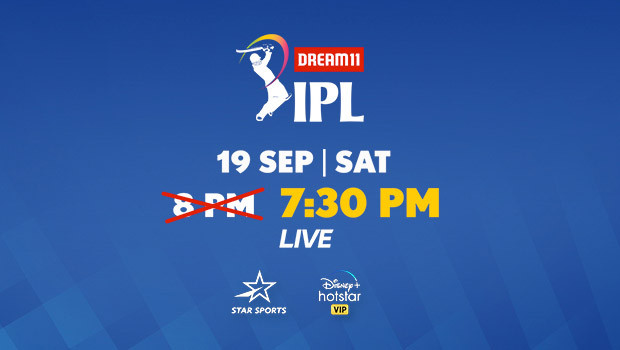 With 10 days to go for the Indian Premier League (IPL) 2020, Star India has sold almost 85-90% of its total television advertising inventory at a premium rate and is on its way to make a bumper season. Riding on the high demand, the broadcaster is set to earn 15-20% more in television advertising revenue compared to last year.

A top media planner told BestMediaInfo.com that the total television advertising revenue Star India is likely to make this season would be at least 15% more than last year. If the remaining inventory is sold at an even more premium at the last minute, the gain could be more than 20%. “For Star India, it will be one of the best IPLs. The rates had increased in March and they have not offered any discount. They are selling at the same rate,” the planner said.

"There isn't any slowdown when it comes to IPL. Brands have picked up inventory like hotcakes. They are already paying 25-30% more over the last year, even if they have reduced the total quantity of ad inventory," said another leading media planner.

When IPL was announced, the media observers had estimated that Star India could clock somewhere between Rs 1,500 crore and Rs 1,700 crore as ad revenue across television and digital, which was 20-30% less than last year’s Rs 2,100 crore plus ad revenue.

This year, while television is set for record ad revenue this season, the same could not be true for digital despite brands lining up for advertising rights on Disney+Hotstar also.

“The issue with digital is that they have made it subscription-based and maybe there will be disturbance with Jio. Hence, brands are being careful on the digital front. Disney+Hotstar might be aiming to grow subscription revenue but this will pull advertising revenue down,” said a media observer.

Apart from the sponsors, Star Sports has more than 60 advertisers for spot buys, PPL shows and features, sources said.

The tournament being held during the festive season has added to the overall excitement among advertisers who want to revive their sales, which have been hit massively by the Covid-19 pandemic and the lockdown that followed.

A 10-second slot is being priced at Rs 12 lakh by Star India. Last year, the same slot was sold between Rs 8 lakh and Rs 10 lakh by the broadcaster.

To ensure that the tournament has enough hype, the broadcaster has rolled out a 360-degree ad campaign across mediums. The tournament will be played in the UAE this year between September 19 and November 10.