Spends on kid’s category not proportionate with viewership, says Anu Sikka of Viacom 18

In an interaction with BestMediaInfo.com, Anu Sikka, Head, Creative, Content and Research, Kids TV Network at Viacom18, talks about various trends in the children’s genre and the growth of the network’s channels for kids 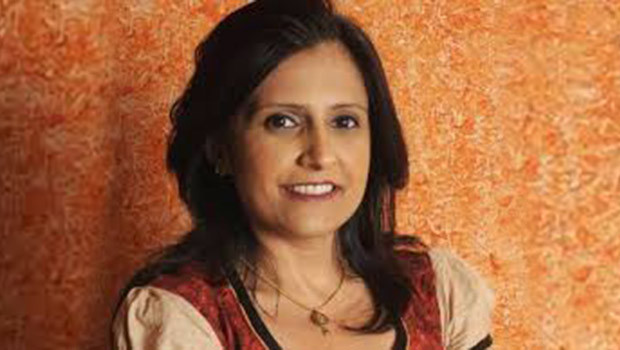 One of the challenges the children’s category faces today is that the spending on them is not proportionate to the reach they offer, Anu Sikka, Head Creative, Content and Research, Kids TV Network at Viacom18, told BestMediaInfo.com at the back of the launch of ‘Ting Tong’, the ninth IP for Nickelodeon India.

“While the kids' genre contributes substantially to the overall TV viewership, close to 7 or 8%, sales in the category is not proportionate.  If you compare it to sales, it's not up to the mark of the revenue earning potential and there is a huge amount of imbalance out there,” she said.

Sikka said while a few years ago the genre survived on acquired content from different countries, none of the broadcasters can survive without original local shows today.

“I guess the biggest shift that has happened is that today, no big broadcaster, especially in the kids' category, can survive without an Indian show. I think this has given a great impetus to the Indian animation industry. Today, it's hard to imagine this category, going back to where the majority of the content would come from abroad. Indian animation is here to stay and the stories and the characters that are being developed are able to identify with the audiences. The characters and these storylines are local because the cultural nuances are taken care of. They're able to identify with the story and the characters,” she added.

She said demand for preschool content is on the rise from the past two to five years. The network’s preschool channel Nick Jr, she said, has grown substantially. “Last year, the average market share of Nick Jr. was 5% and today it’s 7%, which is huge if you consider the audiences are 2-5 years,” she added.

According to Sikka, the time spent and the viewership on their channels grew substantially during the lockdown. However, with restrictions of the lockdown being eased, it has gone down by 22 minutes again.

The YTD viewership of the kid’s category grew by 13-15% during this period. She said as most houses are single TV homes, kids were in control of the remote most of the time compared to the pre-Covid times when different people were in charge of the remote at different hours.

Speaking about their latest IP, ‘Ting Tong’, she said this is the first time they will have a spin-off show on the channel. She said in their market research, they found that kids love the character of Ting Tong from the show Gattu Battu, which is where the idea came from.

Asked about their marketing plans in the absence of on-ground activities, she said they will amplify through the network’s channels. “The flip side or another aspect of this particular situation, which has come about because of Covid, is that kids are sitting at home and watching a lot of stuff. Of course, for us, the biggest marketing happens on the channel, considering the number of kids we have. The largest chunk of kids’ viewership is sitting on our own network. The biggest platforms to market our shows are our own channels. A lot of advertising also happens on YouTube and Voot and on channels outside the Viacom 18 network,” she said.

On their content strategy, she said they focus on newer concepts that would not let kids feel fatigued. Rather than bombarding the channel with different shows, they bring one show a year and focus on that.

“It has been a carefully devised strategy, which is to bring in one new show every year and then to give proper marketing push ensuring it gets the best possible visibility both on the channel as well as off-air marketing. We give it a proper space and the best of slots. We ensure it gets the maximum views and time bands to have the maximum availability of audience. That’s the way the characters and shows are conceived. So far, it has given us tremendous success and we just continue to hope that this winning streak continues for us,” she added.

According to Sikka, the kids’ genre is highly competitive in India with 11 national channels and 4-5 regional channels. In order to maintain leadership, they look at the gaps in the category and fill those with fresh ideas and concepts. She said Nickelodeon has maintained leadership in the category for seven years and Sonic continues to be in the second or third position, according to the weekly data.

Unlike others, the concepts of the shows are developed in house by a team and not pitched by a production house or a studio. “Once we have developed the concept, we fine-tune the characters and everything else. After this, we bring in the writers to write the stories for us.”