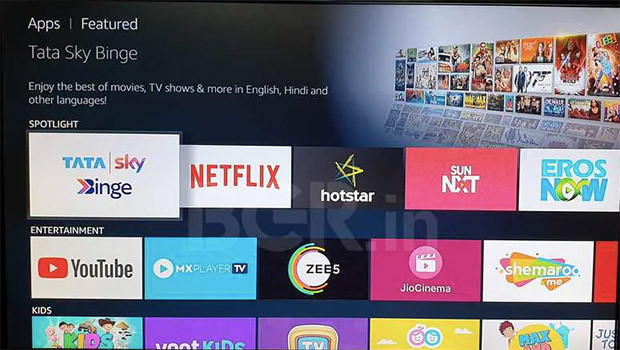 That’s where distribution platforms are playing a huge role by offering all major OTT platforms to the audience under one umbrella with ease of navigating content. This content may further be discounted in most cases, making OTT consumption easier and affordable.

Reliance launched JioTV+ to address this issue. “We learnt that one of the challenges that users faced was to discover their favourite content from the various applications that we had provided. This has given birth to JioTV+, where we have aggregated all the content from 12 leading global OTT players,” said Akash Ambani, Director, Jio at the 43rd Reliance AGM. According to Partho Dasgupta, Management Consultant and ex-CEO, BARC India, bundling is like any other consumer product. "At some point, there will be consolidation and shake outs. Only time will tell who will survive, but we've got around 40 OTTs and the competition is stiff. Bundling will benefit some but some might also suffer due to the discounting. It's a matter of time to find out to figure out how it finally pans out,” he said.

"From what we hear, JioTV+ has 20 million numbers. From a consumer point of view it's a great deal but from the OTT point of view, it's kind of a trade-off they do for discounting versus the numbers,” he said.

According to Manpreet Bumrah, Vice-President, Business Development and Commercial, Zee5 India, bundling benefits both the bundler as well as the OTT platform. “The bundler gets a number of OTTs together to show to its consumers and for OTTs it adds up to the additional views; it's a win-win proposition,” he said.

He said aggregators are going to mediums where OTT is consumed and people are now exploring this space to further add to their revenues. “Take the example of Tata Sky, you see they have been into this for so many years now, and have been successful in the DTH business. Having said that, it is an evolution that is being explored by traditional content providers and distributors. They are finding this as a potential medium that can further add to the customer base and revenue. For us, it is the relationship and benefit. We get the extra reach and the additional consumers, so it's a win-win situation,” he said.

“Video streaming platforms have transformed the content consumption cycle of the Indian audience by presenting them with a plethora of options. Ease of access, unique narratives, and affordability are a few of the key drivers of the OTT industry. With the influx of new emerging players, content accessibility holds a chance to get dissolved and lost. India in 2020 is witnessing a huge shift in entertainment consumption, especially with the emergence of more OTT players that are catering to a different set of audiences, with varied tastes and preferences. India currently has more than 40 video streaming platforms, and amid this clutter, the biggest challenge is to get discovered. In such a scenario, aggregators can play a crucial role and serve content to the audience in a much-organised manner, while giving equal opportunities to each platform. Bundling can also help ease some pressure off the consumer’s pocket while making the content more accessible.”

Asked if we could see additional players like Netflix on their platform, the spokesperson said, “We will keep expanding the suite of partner apps and will keep looking at such opportunities in the future.”

“There is a further increment in the bundling industry and many other players are actually coming up with their propositions. You see, it is a kind of opportunity and people want to leverage on that. When you talk of Airtel and Jio, they have understood that there are some benefits which the consumer is looking for, they are already into the data business, and extending the OTT benefit to the consumer largely works for them because they also offer the consumer to consume the data bandwidth, which earlier used to stay unutilised. Like one-two years ago, in your plan you were holding probably 200 GB of data that was not getting used. Now there is data that is being offered to the consumers by telecoms by the virtue of the plan the consumer has brought, so it works very well. It's a 360-degree growth and an evolution where all parties are actually gaining,” he said.

He said they are proud of the partnerships they made. “We will go live with many others soon. It's a very gripping feeling to meet the demands and expectations of the consumers,” he added.