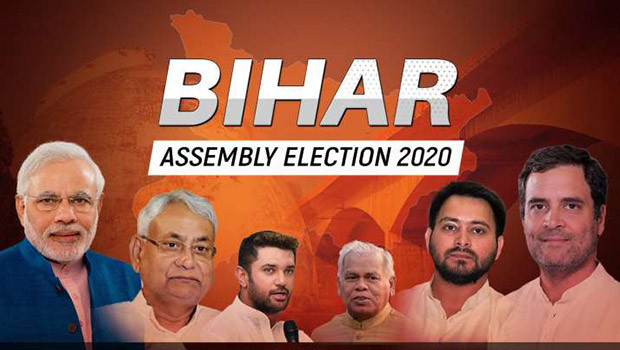 “The situation is anyway upside down, so political parties will also follow the trend being adopted by other advertisers. There will be a decent spike in online media spend and the same will be followed by TV and radio from a reach and frequency point of view. Print as a medium is still struggling to get its circulation back of the pre-Covid period. This is a prime reason why print is still not a priority medium for advertisers and political parties are also not going to behave as exceptions. However, the authenticity of print media would attract parties to use it but in a limited way just before or on the election dates.”

“Keeping the fear of corona, which is still rising in Bihar, people have no other option but to stay inside, and so the outdoor and OOH mediums may not be used in a big way in the Bihar election. In a nutshell, whoever wins the Bihar election, it will be online, TV and radio as a medium that will gain for sure,” he said.

Mona Jain, Chief Revenue Officer, ABP News Network, said, “Covid-19 has significantly altered conventional ways in which events, (including elections) were earlier planned and operated. With Bihar the polls on the horizon, political parties have been rigorously focusing on traditional mediums to propagate their campaigns and agendas. In the current situation, it is obvious physical rallies are out of the question. Therefore the focal point of reaching out to the people of Bihar is through mainstream media.”

She said ABP News has curated a special programme for the Bihar elections under the flagship programme, ‘Kaun Banega Mukhyamantri’. This is an all-inclusive series that will certainly benefit political leaders in reaching out to the public and compellingly campaigning for their respective parties. Due to the increased interest in political news, especially during elections, news channels grab more eyeballs from the audience, and hence, it results in increased interest by advertisers. “This year, IPL, festive season, and elections are happening at the same time, providing a tremendous opportunity for broadcasters to acquire higher revenues through higher ad sales,” she added.

According to Nisha Narayanan, Director and COO, Red FM and Magic FM, advertising volumes will increase and individual candidates will use radio in a big way due to the local content and frequency.

“Another factor that plays a big role is that mediums are available in plenty but people are looking for reliable mediums and that’s where the followership will be seen. Of late, every election has become an interesting one with media being extensively used. In Bihar, one should expect more as the state has one of the largest number of assembly constituencies and the election results are keenly observed by all, locally as well as nationally. We are hopeful this should result in upward building of advertising volumes by 25-30%,” Narayanan said. “We feel media has to be a key message delivery medium, especially when it is not possible to hold large gatherings and public meetings. Even the digital rally will require messages to be delivered home. So yes all media vehicles will play a very crucial role. Not only for political parties but also for the establishments such as the Election Commission, state administration, and service providers, media will play a very critical role in these elections and one should look forward to a high-decibel media blitzkrieg,” Narayanan said.

Durga Raghunath, Digital Head, Times of India and mirror brands, said the spending will increase by 10-15% across mediums. “Radio, TV, print, digital and local advertising have always been effective channels for political messaging. As we move through different phases of ‘unlock’, the audiences will venture out, which could mean an opportunity for outdoor advertising, as restrictions on public gatherings remain. However, political parties will have to be circumspect with campaign spends, as citizens expect spending to be focussed on public health initiatives,” she said.