In a conversation with BestMediaInfo.com, industry experts said there will be normalcy in radio and print spends in coming months once advertisers are confident enough about the post-lockdown reach of these mediums. Spends on these mediums have already started for regional campaigns 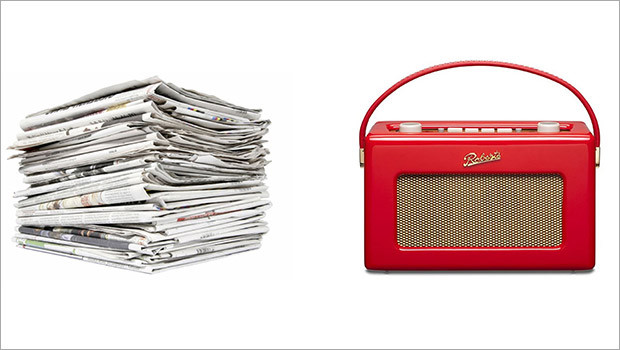 The road to recovery for India's print and radio industries is likely to be a long one, according to experts in the sector.

Leading media planners said they still weren't confident about the reach of both the mediums as Covid-19 has affected the circulation of newspapers and nearly killed the 'on-the-go' radio listenership.

Talking about the recovery prospects, H. Vishwanath, Managing Partner at MediaCom, said the confidence of clients and planners has to come back that the newspaper is reaching the consumer specifically in cities such as Mumbai and Delhi. "Though I know for a fact that most of the newspaper circulation has come back to normal across cities where there was a problem, but still for clients/ planners to get full confidence it will take a bit more time. Hopefully, we are at the end of that curve, and print will be back soon."

"I am sure month-on-month print advertising is only growing from the lows of April 2020. Print will be used more tactically and radio will still have to wait for some more time," he said.

Shooting for a print creative might be more comfortable as compared to doing a TV commercial, but the ads need to reach the consumers, says Sujata Dwibedy, Group Executive Director, Amplifi at DAN. Hence, there is still a gap in the ad spends in comparison to what they used to have until March.

Unless a complete unlock happens across the country, print will keep facing challenges. Almost all housing societies are understandably not allowing newspapers to enter their buildings and are asking vendors to drop the newspaper at the gate for those who still want it. Newspapers skewed toward key metros are the ones facing the most heat. However, with the unlocking of markets, May and June have been better than April, Dwibedy said.

"In the case of radio, although the medium has been coming up with fresh, original content and RJs are talking live from home, it faced equal heat as print or worse. It is mainly a frequency medium. The perception is that 'at-home' listenership is low and 'on-the-go' listenership (normally drive time) has reduced due to lockdown. While this might be true for metros, the pattern of listenership is very different in the non-metro markets. We have seen researches that show radio's listenership has increased, but we have not seen much demand from advertisers. Like what we were seeing on TV, where content consumption had increased in April but ad spends were at an all-time low," she said.

During the lockdown, companies were mainly doing brand support advertising and not trying to sell anything too much. Essentials were selling on their own and automobile and banking were all doing brand support and making connections with their potential consumers. Now when the country is in the unlock process, promotions and sales will take precedence over brand support. Vineet Sharma, Director, Juices, PepsiCo India, says brands may choose to spend slightly more on print, radio and digital in the short term but that does not mean that television advertising will be eliminated. Brands have been resilient through the health challenge, learning new ways to create content for video. Contextual messaging will play an integral role to build salience and obtain higher reach."

Khalsa said while the market may take time to get back to normal, eventually, everyone is craving for normalcy. In just two months down, there has been quite a change in the push and pull advertisements by several e-commerce brands.

For general insurance, usually, Q III-IV is a critical period to cascade any campaigns, and SBI GI will soon see a spike in media spends around this period.

The direction towards TV or any other medium will be determined by what it holds as a draw and appeal to the advertiser, says Amer Jaleel, Group CCO and Chairman at MullenLowe Lintas Group.

Now that promotions and sales have become more important, the medium that will attract the immediate attention of people, which is more informative and more comfortable to communicate will bounce back, says Jaleel.

Nisha Narayanan, COO and Director at Red FM, however, feels that radio is hoping for a faster recovery as compared to print. “The print medium has been majorly hit, and I do feel that radio will benefit from the other categories,” says Narayanan. "I am sure there will be some rub-off effect that will happen on radio and we will gain."

Narayanan said because of the current state of affairs, people today are finding television viewing quite depressing. It's creating a lot of panic and scary sort of situation. Perhaps that is where radio continues to inform and give some kind of entertainment to keep the people calm and not panic.

Jaleel said the communication on these mediums should be inclusive and talking to each person who sees and listens to it.

"If I have an entertainment or luxury product, I have to keep in mind that people today don't have the propensity to stand on luxury products right away. We have to think of different sort of clever angles to make an appeal of those products. I will not try to sell it on snob value. We deal in consumer strategy and strategise how a consumer’s mind works," Jaleel said.

Abraham Thomas – Chief Executive Officer, Reliance Broadcast Network Limited, is also optimistic of a quick recovery in spends by brands on radio. "Being a medium which not only entertains, but also that informs, educates, calms, and reassures their listeners, advertisers are exploring opportunities to communicate to their TG via radio," said Thomas.

According to Thomas, categories such as banking, finance, FMCG, automobile, entertainment, education and e-commerce are already beginning to leverage the power of radio.

Now a lot of FMCG brands / auto brands have started using print — so the situation is improving. Hopefully, the worst is behind us for print and radio, Vishwanath said.

A lot of efforts will be needed by both media owners and agencies to make this happen and is just a matter of time.

The more considerable change in radio will be that campaigns will be more innovation-driven and not just traditional, Narayanan said. A great advertiser will always prefer the smartest solution to their problems and not just a medium. So if there is an excellent idea for print and radio, I am sure a brave advertiser will totally back it, says Sukesh Nayak, CCO of Ogilvy India.

At Ogilvy, we have created print ads and films, all remotely, all during the lockdown, Nayak said. He said restrictions made agencies rethink and explore every medium. "Like every other medium, we are rethinking print and radio." Jaibeer Ahmad, SVP at Cheil India, said, print will start to recover but not very fast. Tier-II and below towns will have spends on print. The agency has done some print campaigns for local newspapers in the past month.

Tags: How advertisers outlook pandemic
Advertisment
More from this section