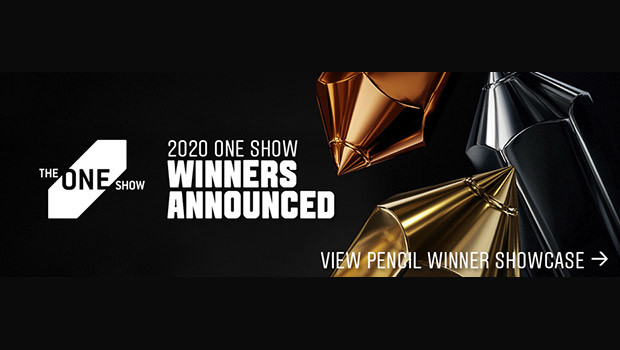 FCB India Mumbai and Dentsu Webchutney Bengaluru won all five of India’s Gold Pencils at The One Show 2020, this year’s largest global awards for creative excellence in advertising and design, produced by The One Club for Creativity.

FCB India Mumbai with FCB Global New York picked up three Gold Pencils for “The Punishing Signal” on behalf of Mumbai Police. They include two in Direct Marketing — one each for Out of Home - Billboards & Transit and Non-traditional & Guerrilla Marketing — and one in Interactive & Online, Interactive Digital Installations. The work also won two Bronze Pencils in Health Wellness & Pharma, one each for Experiential/Immersive/Events and Public Relations.

The two Gold Pencils won by Dentsu Webchutney Bengaluru were in Social Media for “Voice of Hunger” on behalf of Swiggy (Bundl Technologies), one for Social Channel – Single Platform and the other in User-Generated Content.

A total of 19,688 pieces from 71 countries were entered into The One Show 2020. This year’s jury upheld the show’s long-standing high standards as one of the industry’s most difficult honours to win, awarding just 552 Pencils: 171 Golds, 169 Silver and 213 Bronze.

All of this year’s Gold, Silver and Bronze Pencil winners can be viewed at the new, custom-built The One Show 2020 Pencil Showcase.  Winning work is presented by discipline, allowing visitors to view case studies and credits, as well as search for the 2020 winners list by individual, agency, brand, discipline and region.  A complete list of all Pencil and Merit winners is available here.

New this year are The One Show Digital Pencils, available to every member of a creative team identified in credits for winning work.  Developed by R/GA New York, the personalized Digital Pencils will be rendered in advance and downloadable in three sizes suited for immediate sharing on social media.  Physical Pencils will also be sent to winners as usual in the coming weeks.

The One Show 2020 special awards, including Best of Show, all Best of Disciplines and Agency of the Year, will be revealed tomorrow at 12:00 pm EDT in an entertaining streaming video on The One Club website and social channels created by hip-hop improv group and Broadway stars Freestyle Love Supreme.

The One Show 2020 top global winners

The leading global winner in The One Show 2020 was “Moldy Whopper” for Burger King, created by INGO Stockholm with DAVID Miami and Publicis Bucharest.  The work won the most Gold Pencils with 18, as well as four Silver Pencils, one Bronze and one Merit.

McCann New York was awarded 15 Gold Pencils, including nine for Microsoft ”Changing the Game” and six for March For Our Lives “Generation Lockdown”.  Scholz & Friends Berlin also won 15 Golds, including 11 for “The Tampon Book: a book against tax discrimination” on behalf of The Female Company and four for Berliner Philharmoniker “Sound Images”.

“It’s been a very difficult year for the industry and world at large, and we believe elevating and recognizing the best work in the world provides some good news at a time when it’s really needed,” said Kevin Swanepoel, CEO, The One Club.  “As a nonprofit organization, it’s our mission to support the global creative community.  Many creatives told us they could really use the inspiration and positive shared experience of the awards, and that motivated us to push forward with online judging and special streaming winners’ presentations.”

He added, “As the industry’s largest program for celebrating creativity this year, The One Show 2020 is the authoritative show for global creative excellence and global platform for bringing the industry together.”

The One Club awards shows each have their distinct focus. The One Show judges focus on creativity of ideas and quality of execution, while ADC Annual Awards juries maintain their historic concentration as the champion for craft, design and innovation.

In early March, The One Club announced the switch from in-person to online judging for both of this year’s awards shows.  The change allowed jury members from around the world to continue to review entries in safe environments, and enabled the shows to maintain the global integrity and quality to the judging process.

In-person judging, Creative Week and The One Show, ADC Annual Awards and Young Ones Student Awards ceremonies in New York will resume in 2021.