Industry sources say MSO and DTH operators across India have witnessed a 15% drop in subscriptions. The drop is being attributed to subscribers, especially commercial establishments, either avoiding cable recharge or moving to basic packages 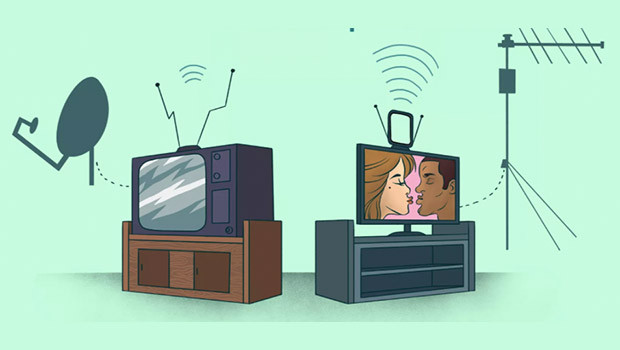 Though television and OTT viewership has increased massively and is being considered as a single source of entertainment for people amid the lockdown, the same may not true for a lot of people who are facing the brunt of the nationwide closure. According to sources, the DTH industry has reported a drop of almost 3 million subscribers. Cable TV is facing a similar situation.

The reason for this drop is being attributed to the strict lockdown that lasted two months and financial stress among the low-income groups.

According to a source, consumers are not renewing cable TV subscriptions that cost around Rs 300 due to migration or financial crisis. They are instead watching FTA channels such as Doordarshan. “Even if people are recharging cable subscriptions, they are going for basic recharge and pay channels are being dropped,” he said.

Another reason for the drop might be the holy month of Ramzan where most people observing the fast don’t consume television, he said. A few subscribers might come back since Ramzan is ending this week. “We will have a clearer picture next week,” he said.

On-ground collection of dues is not happening due to the lockdown.  There is a restriction on movement in red zones. Especially MSOs, which are dominant in urban markets, are facing the brunt due to the severe restrictions.

Another aspect of the drop is the closure of public and commercial institutions. Majority of shops, restaurants, hostels and markets are closed and so subscriptions stand cancelled or delayed.

While the operators are struggling with the drop in revenue, broadcasters have sought relief on carriage fees from them.

According to an industry expert, these demands are being considered on a case-to-case basis.  Local cable operators in Maharashtra have written to IBF to request member channels to provide discounts on the tariff.

An expert said television channels can provide discounts to customers. “They could have offered some kind of discount on MRPs as they did in the festive season in October,” he said.

India's broadcasting industry is under a lot of stress caused by the pandemic. TV channels, especially GECs, hardly have any new inventory and ad revenues have fallen to the tune of 50-60%.

For DTH and cable operators, it could be a double whammy as on the one hand they are losing subscribers, on the other hand, broadcasters have asked them to waive off or substantially reduce carriage fees.  The negotiations on this issue are currently on.

For MSOs, the situation is getting even tougher as the LCOs have not been depositing payments in full.