At 2020 TV & Film Awards, leading-edge entertainment from 50+ countries around the globe was honoured 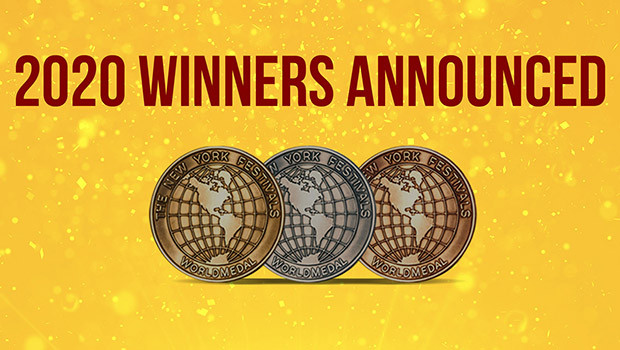 Storyteller Films’ work titled ‘A big little murder’ is the only winner from India at the New York Festivals TV & Film Awards 2020 announced on April 21. The entry won a Bronze award in the ‘Current Affairs’ category.

At 2020 TV & Film Awards, leading-edge entertainment from 50+ countries around the globe was honoured.

A global crisis could not prevent the dedicated TV & Film Awards Grand Jury from their commitment to judging world-class work and the honoured content creators across all platforms and in all genres and awarded in total 122 Gold World Medals, 136 Silver World Medals and 142 Bronze World Medals.

Award winners were compelling in subject matter, ambitious in scope, off the charts in degree of difficulty, resulting in content that impressed judges from around the world. Entries represent innovative content from storytellers from around the world including entertainment, documentaries, journalism, sports, promos, and corporate image films. To view the 2020 winner’s gallery, please visit: HERE.

“We at New York Festivals also wanted to honour our commitment to honour the men and women of the creative community around the world whose work so impressed the Grand Juries this year by keeping to the original date of the storytellers gala even though we are all at home,”  said Rose Anderson, VP/Executive Director of New York Festivals.

“I am humbled by finding out that my music score for "Very Ralph”, a Susan Lacy directed, Pentimento Films, wonderfully made documentary for HBO about the life of fashion icon, Ralph Lauren, won a grand award in the New York Festival Awards. I have won various awards for music including a Grammy, and several Emmy Awards, and have scored literally dozens of Emmy, Peabody, and Oscar winning films, but I never have received a New York Festival grand award for music. Thank you so much!” –Brian Keane, Composer, Brian Keane Music, Inc.

“Okavango - River of Dreams” Documentary - Nature & Wildlife (Terra Mater Factual Studios GmbH), was recognized for their Grand award-winning documentary that tells the story of the Okavango river in Botswana in Southern Africa while exploring the wildlife and landscapes along the river's path.

“The New York Festivals is one of the finest awards in our industry.  We know that to be selected as Grand winner for our National Geographic film, Apollo: Missions to the Moon, brings with it recognition and validation from our peers that we are doing a good job telling stories that matter. We are so grateful for this tremendous honour.”—Tom Jennings, Executive Producer, 1895 Films

For the fourth consecutive year, Al Jazeera English’s news analysis and investigative programming earned the network the prestigious title of Broadcaster of the Year. The network’s award-winning entries explored a robust number of global topics and garnered an impressive number of medals for their programming including Al Jazeera Investigations, Witness, 101 East, Fault Lines, The Big Picture and Earthrise.

“We are honoured to be recognised again for the quality of our content,” said Giles Trendle, Managing Director of Al Jazeera English. “Our journalists and filmmakers come from all corners of the globe and go out of their way to provide coverage that is grounded in impartial reporting and inspired storytelling. I believe our audiences appreciate our coverage of international issues and universal themes which offers a truly global perspective that, in times such as these, is an important affirmation of the inter-connectedness of our lives on this planet.”

This is the 14th year consecutive year that The Edge Picture Company UK earned the prestigious title of Production Company of the Year.

“We are simply stunned to receive this incredible news!  Winning ‘Production Company of the Year’ for 14 years in a row is something that we could never have believed was possible, so to have achieved this unique milestone makes us feel both proud and humbled.  Ultimately the credit has to go to our wonderful clients for continuing to trust us to produce such creative films and for all the incredibly talented people in our production teams whose skills ensure that our films are executed to perfection.”—Phil Blundell, Owner and Executive Producer, The Edge Picture Company, Ltd.