From advertising as a subject in college to pursuing it as a career and wishing to work for Ogilvy to being part of the group, everything has been a dream come true for this 27-year-old, who is also a good musician 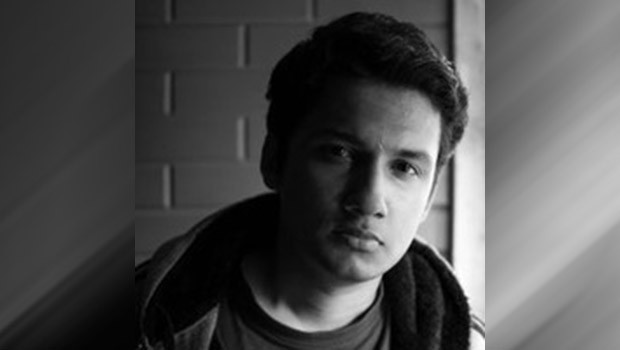 Born and brought up in a Christian family in Mumbai, 27-year-old Sheldon D’souza loved art and creativity ever since he was a kid and often used to participate by acting and singing in musicals and skits.

He did his schooling from St. Blaise High School and after his 10th, the thought of making a career in photography or filmmaking came to his mind. “Seeing my interest, my Godmother and her husband gifted me a Kodak camera,” he said.

If not a copywriter, he would have chosen to be a lawyer or a film director.

D’souza completed his UG in B.Com from St. Andrews College. Interest for advertising arose in his second year of college when advertising was one of the subjects in his course. “I was so fond of the subject that apart from doing my own group ad-film assignments, I’d end up helping other groups as well,” D’souza said.

D’souza puts his all to attain what he wishes for. It’s been his wish to work at Ogilvy since college days today he’s living that dream as he completes close to Five years at Ogilvy.

“After B.Com, I had no clue how to get into the world of advertising. I read a great deal about advertising — news, articles and books from the college library. One such book was ‘Confessions of an Advertising man’ by David Ogilvy. That’s when I first learned about Ogilvy and wished to be a part of it. I knew of a post-grad course called ADMA (Advertising and Marketing) in XIC (St. Xavier’s Institute of Communication) and decided to take it up,” he said.

He started his career in the ad industry as a trainee writer at Lowe Lintas and in a month he had his first TVC. “Lowe Lintas gave me a break in the industry and in a month, I had my first TVC. I can never forget that day. It was thrilling to walk into Express Towers each day and see my name on the credit list on the ‘Now Showing’ board,” he said.

While working on a few projects at Lintas, D’souza realised the rising demands of clients for digital ideas and hence joined Dentsu Webchutney. “This place was solely a digital agency. The transformation was tough and it took time to learn and adjust. I got to work with and learn a lot from PG Aditya for almost a year.”

However, he longed to work at a place where there’d be no line between digital and mainline and that’s when Ogilvy happened.

It’s now close to five years for him at Ogilvy. And even before Ogilvy and OgilvyOne integrated, he had worked closely with digital teams.

In 2018, D’souza was among the six selected Indians to attend the annual Fasttrack programme at Malaysia by AFAA - The Asian Federation of Advertising Associations.

The Global Pulsar Mania campaign for Bajaj Pulsar and Wildlife Trafficking campaign — Forced Migration for WCCB & UNEP are two of his favourite works.

“The joy of pitching an idea and watch it come alive with so many people coming together to make it happen felt thrilling. It was a full-fledged integrated campaign for Bajaj Pulsar. On the social media front, we rolled out skip ads, a digital film and a series of posts,” he said.

For the Wildlife Trafficking campaign, D’souza won Gold for Best Outdoor and Silver for Young Green Writer of the Year at the International Advertising Associations (IAA) Olive Crown Awards, 2020.

But success is not easy, it comes with a lot of challenges. The award-winning Wildlife Trafficking campaign was challenging for him. Unlike other projects where many people get involved, this one consisted of a very small team. “I didn’t just write for it but also took up servicing roles like conversing with the client on a day-to-day basis and negotiating with vendors. Living up to the responsibility was challenging but a whole lot of fun. I’m hungry for more such experiences,” he says.

D’souza feels that the best part about advertising is that it’s a world of people who churn out exciting ideas. It’s fascinating for him to see simple thoughts turn into big campaigns and reach masses.

David Ogilvy, Piyush Pandey and George Lois are some of his role models. “I feel fortunate that I get to work closely with the best minds from the industry, namely Sukesh Nayak, Ogilvy India CCO. Throughout my career, I’ve come across good seniors who have guided me well and I’m grateful,” he said.

Apart from reading books and writing ad copies, he has interests in beatboxing, whistling, playing the ukulele, harmonica and guitar.

D’souza did not leave his hobbies just for leisure hours but actually lived it by performing on a professional scale. He beatboxed, whistled and did some acapella sounds for a McDonald’s and Volvo commercials.

According to him, a good copy is one that is able to get the desired response from the audience.

His advice to juniors is to try as much as they can and learn to deal with rejections without giving up and feel their idea is powerful.