During the first week of the lockdown, Hindi news channel Aaj Tak achieved an unprecedented milestone as it raced past top general entertainment channels such as Colors, Star Plus and Zee TV. How did Aaj Tak manage to achieve these record viewership numbers? BestMediaInfo analyses 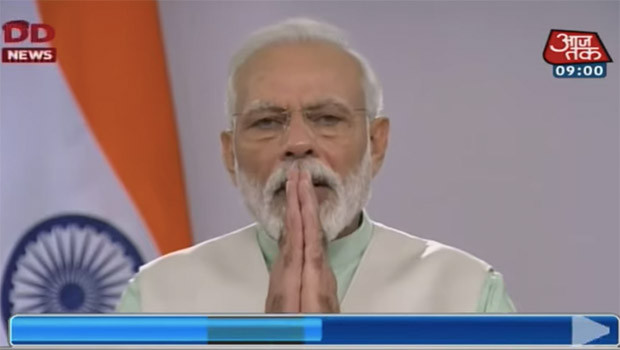 As television viewership data was released for Week 12 of 2020, which was also the first week of the nationwide lockdown, Aaj Tak — which became synonymous with television news ever since the channel wore the  tagline ‘Khabar matlab Aaj Tak’ many year years ago — proved once again what does strong brand recall means.

The channel achieved an unprecedented milestone in racing past top general entertainment channels such as Colors, Star Plus and Zee TV. Among news channels, the channel recorded 56% more viewership than the nearest competitor ABP News (TG NCCS2+ HSM Impressions 000s). ABP News jumped to No. 2 in Week 12 from No. 6 in Week 9, a pre-Covid period.

The channel was the only news channel among the top-10 channels across genres.

The most-watched televised event ever was Prime Minister Narendra Modi’s second address to the nation to announce a countrywide lockdown, which was watched by 197mn people.

During the address, the channel surpassed its own record, which was the highest recorded viewership of the live visuals of the return of Wing Commander Abhinandan Varthaman.

Among its peers, Aaj Tak was leading by about 50% margin over the second most-watched channel, ABP News.

In the journey of this milestone, Aaj Tak beat its own records on several occasions.

Among the age group of NCCS 15+ also, the channel had similar lead margin.

BestMediaInfo.com had reported yesterday how the top three positions in terms of reach were held by news channels for the first time. Aaj Tak topped the chart with a reach of 23.8 crore followed by ABP News at 21.2 crore and Republic Bharat at 19.9 crore.