In an interaction with BestMediaInfo.com, Bhal discusses the home services startup’s growth strategy post the rebranding of Urbanclap to Urban Company 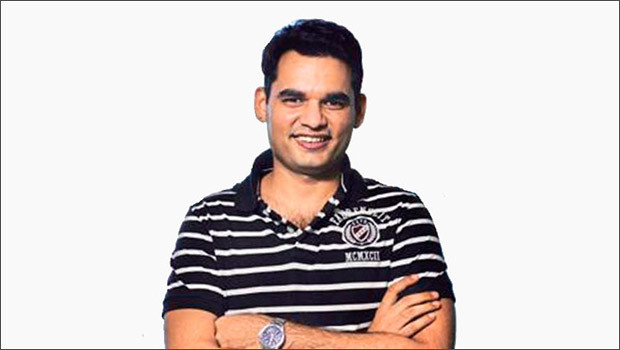 Urban Clap’s recent change of name to Urban Company was not a rebranding but more of a brand tweak, believes Abhiraj Singh Bhal, Co-founder, Urban Company.

“I would not call this a full rebranding but a brand tweak. It elevated the then-existing brand into a mother brand and created an architecture that allows sub-brands to coexist, which can develop their own unique identities, now. The new name is simple, consistent and universally acceptable,” he said in an interaction with BestMediaInfo.com.

Keeping its communication, the brand has planned campaigns around the re-branding but not around the recently added services.

“In the next quarter, we will have a fair amount of new campaigns. Over March and April, we will be seen on primetime TV. In the first few months, we don't want to position the verticals in the communication as it might confuse users. Our foremost focus is to establish the mother brand. That is our focus for the next six months.

After this, the company has planned to start a strategy to allow the sub-brands to add their own identities.

“The brand uses TV, Facebook, Instagram and YouTube as the primary channels for marketing.  Having spared itself from OOH and print despite being present in tier II and III markets, Bhal said that for the brand, TV is the most effective medium followed by social media. The core pillar for its marketing is simplicity,” he said.

In international markets, for the ease of its own promotion, the brand operates as a local company, hiring the local team, which then takes the operations forward. And for the communication, it uses the same two mediums: TV and digital.

The brand’s budget allocation between TV and digital varies. However, in the coming years, Bhal said, it will move more towards TV, with increased ad spends overall.

“We have a much unpaid kind of association with them. We encourage our influencers to post an honest opinion about their experiences. For us, influencer is nothing but a micro-celebrity,” he said.

When asked how the brand chooses influencers, Bhal said, “Every individual influencer has his/her own unique approach. The better ones are the ones who do their research about the brand, understanding their own identity, audience and it sinks in well with the brand. Such influencers are thoughtful about the brand on board and how they communicate the attributes of the brands. I've also seen the best influencers to typically be a bit more measured and objective about the experiences.”

Urban Company has a small team of six members who look after content marketing. Being a category leader, Bhal said the brand creates the category with the language of the category.

The company, when it started, was present in just one city with two service categories. Having expanded its portfolio over the years, the portfolio now covers the whole gamut of services. It is now present in 18 cities in India and another four cities across three countries (Dubai, Abu Dhabi, Sydney and Singapore). The company launched its Singapore operations on January 17 this year.

The six verticals or the sub-brands will continue to have the same attributes as the mother brand—trustworthiness, reliability, honesty, sincerity, and standardisation.

Starting its operations in 2014, the company has been recognised as the fastest-growing start-up in India.

Asked what could have been a few pain points of being a start-up in the service category, Bhal said, “Hiring the right talent and to provide quality service are the two major challenges. Quality of service defines the brand. Apart from this, there are not many challenges around venture capitalists or investors.”

“The whole boom has just started. Over the next 10 years, we will see a lot more start-ups and we will see many of them become large organisations. India is going through a metamorphosis and it is the best time to be in this country. It's going to be a very different country in 2030 than it is today, with a lot of opportunities for lots of enterprises to scale up,” he said.

But what was missing in the last decade for the start-ups?

Bhal said India has a very vibrant and large base of customers who have the propensity to pay. The talent and skill has really shaped up well. In general, he said, the overall society, including the government, is now very positive about start-ups.

In FY 18-19, the company's gross revenue more than doubled to Rs 116 crore from Rs 46 crore in the previous year. In the international market, Bhal said, the company is doing better than expectations and has in fact become the largest servicing company in UAE.

Asked what fuelled the company’s growth, he said, “Cut everything else out and listen to your supply side and consumers. Spend as much time as you can in the field with both.”

The company will keep improving the quality of service for better growth.

Talking about the growth in tier II and III markets, he said, “We are a big believer in tier II market. Except for the eight major cities, all cities from nine to 30 (tier II) have all come up in a very meaningful fashion in the last five to seven years. They have a large population base that now has disposable income. Tier III, however, is less catered.”

Revamping the website and the application is an ongoing effort for the brand, which happens every week. Majorly built on technology, the brand uses AI and ML in every aspect of the business. It has not used voice search and bots yet and has no plans to exploring these anytime soon.