The new vertical aims to bring in greater transparency, while ensuring a steady stream of content for cinema owners, strengthen filmmakers and amplify the distribution reach of mainstream, regional and independent cinema nationally

In great measure, the Indian entertainment industry stands on transformational crossroads. Driving the wheels of change, UFO Moviez, India’s largest digital cinema distribution network and in-cinema advertising platform, today announced its foray into film distribution with an intent to consolidate and position itself as a one-stop pan India film distributor. Extending its distribution operations across the length and breadth of the country and helping theatres re-open with an assured line-up of content, it will begin by presenting 11 Hindi films with an aim to releaseon an average at least one film every week in 2021. With this, the network seeks to build a robust professional architecture which can effectively handle the film distribution throughout India using its own infrastructure.

Redefining the category, UFO Moviez will provide ease-of-access of content to cinemas for single screen and independent multiplexes every week and enable independent filmmakers to release their content to a wider set of audience. The endeavor is guided by a three-fold objective model promoting a) fee-based film distribution, b) Virtual Print Fee (VPF) as a percentage of box-office revenue instead of upfront fixed charge,and c) zero-content risk. The endeavor is to ensure films get a wide release under a totally de-risked business model.

To begin with, UFO Moviez has also partnered with Jio Studios for the nationwide distribution of their upcoming movies Ram Prasad ki Tehrvi and Aadhar.

Keeping technology led advancements as the core driving factor, UFO Moviez strives to achieve greater transparency by providing content to exhibitors with computerised ticketing system and foster a regular and timely reporting and settlement of dues culture. The model based on revenue share will eliminate minimum guarantee (MG) system and deliver economies of scale for cinema operators thereby strengthening small to large-scale film studios. Through its extensive network, UFO will amplify the distribution reach and present an all-year round regional, and independent content line-up covering 52-weeks. Catering to the diverse audience of India, it will take regional movies to relevant audiences across the country; it will also bring popular south Indian dubbed films to the Hindi speaking market. 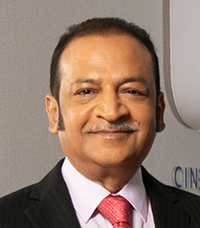 Commenting on the new business expansion, Kapil Agarwal, Joint Managing Director, UFO Moviez, said, “The global pandemic of 2020 has catalysed the industry’s transition manifold by upending the content pipeline by bringing production to a halt, shutting down cinemas and severely impacting consumer’s confidence for visiting physical venues.  Added to that, the shrinking of theatrical windows and the growth of streaming has further accelerated the need for change. UFO Moviez’s extensive consolidation of operations will set-in-motion Industry’s recovery by prompting the revival of theatre viewing amongst the audiences. The renewed model will also help exhibitors, producers and  content-creators explore the under-penetrated markets across India. It will address the existing gaps in India’s film distribution market and provide a democratized platform that will hopefully spark a new era of cinema viewing in the country.”

With the power to impact 2.1 billion viewers annually with 3500+ screens across 1200+ cities, UFO Moviez optimised the potential of Indian cinema with satellite-based technology that transformed the staggered release and Annual Jubilee based distribution model into a much faster and much wider reach for each film, ensuring bigger box office collections every Friday and helping deliver one blockbuster after another. It has transformed cinema into an experience the whole country can enjoy.