The conundrum behind making a Hindu-Muslim ad

Talking to BestMediaInfo.com, A&M industry heads say advertising is a reflection of what happens in society. At the same time, some caution that brands and agencies should do some social listening and decide if it is right to go ahead with such ads

The Tanishq Ekatvam ad showing an interfaith marriage and a baby shower by a Muslim family to Hindu daughter-in-law was heavily trolled on Twitter, forcing the jewellery giant to withdraw the ad.

The ad tried to show oneness, empathy, kinship and rapport but was opposed to duality and schism. Taking a social stand is something that the brands must try, but the treatment of advertising is always a risky affair in such cases, experts say.

Talking to BestMediaInfo.com, the A&M industry heads say advertising reflects what happens in society. Cultural conflicts resonating with the TG are required in a storyline to make it interesting and an eye-opener for the society, they say.

“In any storyline, cultural conflict is required for it to be interesting and creatives try to find a storyline that resonates with the target audience as it helps elevate the overall idea and story,” said KV Sridhar Global Chief Creative Officer, Nihilent Hypercollective.

In the past, one of KBC’s advertisements showed a dispute between a Muslim and Hindu family in the neighbourhood. But when a son from the Hindu family participates in KBC, everybody from both families watches him on their TV screens. In fact, the head of the Muslim family helps the boy with the meaning of ‘Assalam Alaikum’, when he dials him for help to win the Rs 1-crore question.

Forgetting their religion, everyone thought as one neighbourhood that wants him to win.

“Advertising is nothing but a reflection of society in a unique and engaging way. If there are issues on certain behaviour in the society, we try to bring it to be more relevant to consumers,” said Santosh Padhi, CCO and Co-Founder at Taproot Dentsu.

That’s a reason of showing Muslims and Hindus as good or bad cops in ads, the experts said.

“Storylines showing Muslims or North-Eastern people being ill-treated exist because we are a racist country but we don’t admit it,” Sridhar said.

Sridhar said it is wrong to feel that ad campaigns showing ill-treatment of minorities is popular; it's just a storyline with a conflict which is important, otherwise there is no story.

To show harmony there is a need to show a villain, which is a stereotypical image towards communities. “There is one stereotypical image and you tend to break that and then there is the image that is created for the community. Such stories are created to make the world a better place to live for all,” Sridhar said.

Sridhar said in the Coca-Cola vending machine ad, we see that we are more alike than we are different. The entire friendship between Indians and Pakistanis over a vending machine is something we all would want both in the borders and in the country.

Ramesh Narayan, Founder of Canco Advertising and Execom Member, Asian Federation of Advertising Associations (AFAA), said, “The Hindu-Muslim, in fact, the Indo-Pakistan advertisement like the superb Google ad made by Ogilvy was received so well. This response to Tanishq is a sign of our times and the preponderance of platforms like Twitter.”

According to filmmaker R Balki, the entire advertising and marketing fraternity, along with news media, should support Tanishq and not drag the matter.

Padhi said agencies and brands come together to create positive and impactful communication and a lot of hard work energy and money goes into creating a great campaign; nobody wants to create an unwanted conversation.

Sridhar said there are so many indifferences between people in a society and what makes these indifferences come together is humanity. That is the reason why there are good and great stories that start with a specific problem, issue or difference and then take the journey from the viewer towards that humanity, he said.

“No matter how many precautions you take in making the campaigns, people will have fingers to point, but the basic is that the campaign should be on the lines of humanity,” Sridhar said.

Industry experts said when a brand and an agency do a campaign around social issues, they should be careful about the sentiment prevailing in it.

If there is a negative sentiment around something, then they should not take the chance of doing it. 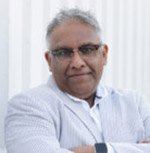 Bobby Pawar, Chairman, Chief Creative Officer, Havas Group, said, “This kind of purposeful messaging between communities will get a blowback to some extent. Brands and agencies should do social listening and find out about the temperature then decide whether or not it is too hot for them to jump into the fair.”

Pawar said data is important to do such campaigns, with data we can look at trends and mayhems of the conversations. In times like these, the frustration levels run high in consumers and brands have to be a little more cautious about how they communicate with them, he said.

Agencies should use tools to listen to the conversation happening around the idea they have. They can then give their client a fair judgement on how to proceed with the idea and campaign, he explained.

“People should believe in data rather than counting on the gut feeling,” said Pawar. 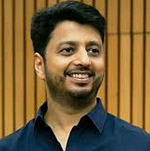 “Let’s say we had shown a Muslim girl being made to feel at home by the Hindu family by following Islamic rituals, would that have been okay? Or would that too have led to some group having issues with it,” questions Ashish Chakravarty, Executive Director and Head of Creative (India) Mccann Worldgroup.

Chakravarty said that an agency should consider very carefully if it should allow a brand it is entrusted with to get into areas where opinions are so polarised. “My first commitment is to the well-being and growth of the brand. So yes, I may want people to think of it in a positive, inclusive way, but would I let them into areas that could be potentially volatile. Clearly, no.”

“As communicators and commercial artists, we have to have a sense of the pulse of the people, the wider sentiments etc., and it is our duty as professionals to help brands navigate this and help them perceive as good, and so ultimately aid their growth,” said Chakravarty.

Karan Amin, Creative Head at Media Monks India, said, “Using religion to write a script is giving people the opportunity to have a conversation on it, which could be both positive and negative, especially in India, a country divided by religion.”

Amin said brands and agencies should create content devoid of religion. Create content that is insightful to any human being which is irrespective of which religion they belong to. Tell human stories, he said.

Anil Nair, CEO, VMLY&R India, said, “It is only recently that one has been made aware of religious identities of creators and protagonists, and the social correctness of their stories to fit the zeitgeist of our time. This disturbs the basic tenets of creative expression and freedom while going against the ethos of the brand in question, Tanishq Ekatvam. To question the intent of this ad is to encourage and fan these feelings of bigotry. It also means doing a huge disservice to Indian advertising and creativity over the years and its role in shaping Indian society and culture.”

Wondrlab wins the creative mandate for Chaayos and Ghee & Turmeric

Agencies rethink working from office in the wake of Omicron