With all marquee big-ticket properties, including IPL, Bigg Boss, KBC around the corner, online and fantasy gaming platforms plan to go all guns blazing on advertising. BestMediaInfo.com finds out the advertising strategies of India's top gaming platforms

At a time traditional industries are still struggling to find their feet and hit their pre-Covid numbers in terms of advertising, online and fantasy gaming platforms are going to lead TV advertising in the upcoming season that would see big ticket properties such as the Indian Premier League (IPL), Bigg Boss and Kaun Banega Crorepati.

The online gaming platform is likely to revive the adex for the remaining part of year, which is down by almost 50% because of Covid. 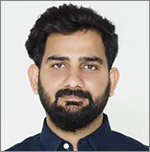 Going by the trends and the recent Madison-report that says that adex in H2 2020 should grow by 60-72% compared to H1 ’20 and grow by 6-13% of H2 ’19, Vinit Godara, Co-Founder and CEO, MyTeam11, strongly feels online gaming platforms will have a strong role to play in this growth.

Considering the IPL is right around the corner, online gaming platforms will come up with innovative campaigns, making sure users are well-equipped with the offerings during the season in the best possible manner.

Similarly, MyTeam11 plans to go all guns blazing on its advertisement and promotional campaigns across all possible platforms. 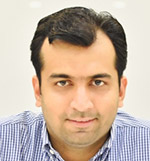 Amit Purohit, Founder, Fantasy Akhada, said they have increased their ad spends to the tune of 10-12X over the previous months.

POKKT, a leading in-app mobile gaming platform with over 3,500 gaming publishers and 700mn+ users on their platform, believes that there is a massive reach present in terms of gaming content, advertising opportunities and the effectiveness for brands. 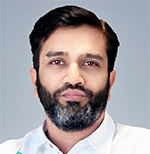 Vaibhav Odhekar, Co-founder and COO, POKKT, said, “We have seen specific growth in real-money gaming and ‘fantasy league’. They have managed to cross the threshold of it being niche and into the limelight of mass presence and interest.”

However, the Covid-19 pandemic impacted the industry in a big way as IPL 2020 was shifted from March and there was no sporting action after mid-March till the end of April 2020.

Even when action resumed, Purohit said the traction on fantasy platforms was not as much as it was pre-Covid, when marquee, international or professional events were taking place. 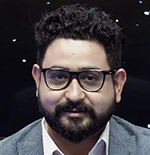 Varun Ganjoo, Marketing Director at Baazi Games, said fantasy sports were at a standstill due to all major sports getting cancelled during this global pandemic.

With one of the biggest sporting events coming back to life, it is anticipated to have more eyes than ever before.

“As compared to the previous edition of IPL, we have increased spends by 5x for BalleBaazi.com as we want to leverage the new CPL and IPL seasons to acquire new users and re-activate old users on our platform after the long break due to the lockdown,” he said.

The online gaming industry has experienced a surge in traffic, thereby forcing brands to look at innovative new ways to market their product in a competitive market.

Odhekar suggested that these are digital-first companies and so once they start crossing the active digital audience base of say 150-200 mn, the next round of growth would come from bringing offline audiences or not so digitally active audiences into their consideration set.

Such players will use an omnipresent targeting to ensure users are coming online from different demographics and ecosystems.

For MyTeam11, ad spends are going to be divided into various parts, which include digital, print, television, and OTT as a medium.

Godara said television is going to be one of the prime prospects as this time IPL is happening without any in-stadia audience and people will be glued to their TV sets to watch their favourite team playing and it is where they will be able to get a captive audience.

“In my perspective, television, and digital (social media platforms and third-party websites) are going to be key drivers this season,” he said.

Baazi Games has partnered with a lot of publishing websites as well as video streaming service channels. It is developing key partnerships with platforms such as SportsTak and going all out for the new season of IPL on the brand pages.

Ganjoo said it has introduced concepts such as the BB Fantasy Festival, offering a completely revamped rewards store and partnership programme.

How much risk does their association with marquee properties involve?

According to Odhekar, it is not risky as brand building is a long-term investment.

MyTeam11 does a proper risk analysis before coming up with a proposal for investment.

“If we look at the immediate property in question, which is IPL, it has proven its worth each year, and last year itself it recorded the highest-ever viewership numbers. Even after all the issues of 2020, IPL is happening and broadcast is going to be a key driver for this season’s popularity, which is a good thing for all advertisers. To conclude, there is always some risk involved in associating with any property but without the risk, there won’t be enough ROI as well. So, it is a pretty straightforward equation, the higher the risk, the higher is the possibility of a return on the same,” Godara said.

Purohit believes it is important for the big players to associate with such properties.

There are about 180 fantasy sports platforms in the country and it is important for platforms to be present in the minds of the consumers in order to gain a share of their wallet.

“These marquee shows and properties do provide the necessary brand awareness and top-of-mind recall and that's why we see these brands take such decisions. I personally believe it is more rewarding and less risky,” he said.

Odhekar said that with the wave of fantasy gaming brands coming to the Indian user base, this phenomenon is definitely not going to be short-lived. Rather it is expected to continue its growth and a wider recognition among audiences, straight from metros to tier II-III and rural markets.