Leading advertisers are pulling the plug on social media advertising as the platforms are increasingly becoming polarised and unable to provide brand safety. BestMediaInfo.com finds out if Facebook's and Twitter's loss could be the gain of domestic digital publishers

Major advertisers, including Unilever, Verizon and Coca-Cola, have announced a pause on their advertising on Facebook and, in some cases, also Twitter and other social media, in the US market.

While Unilever has paused it till the end of 2020, Coca-Cola ceased their spends for at least 30 days on the back of hateful material on social media.

The #StopHateForProfit boycott of advertising on Facebook is also gaining momentum from the brands’ end.

It won’t be wrong to say that in recent times, the ‘trend’ of abashed trolling and growing polarisation and fake news content on social media has definitely taken a toll on the trust brands have on platforms.

Vineet Jain, Managing Director, Bennett, Coleman & Co., said in a series of tweets on Sunday how advertisers are walking away from social media as it is becoming the cause of violence, hate and fake news.

Social media has become the cause of violence,hate&fake news. Govts globally have been lazy& have failed to control them. Advertisers r walking away from social media forcing them to review policies on violent content. Biz men are doing Govts job in making the world better.

The credibility loss that social media platforms are staring at may lead to more advertising for India's domestic digital publishers, say experts.

Currently, India's digital adex is in the range of Rs 11,000 crore a year. Out of this, domestic publishers get only Rs 1,500 crore and the rest is pocketed by the likes of Facebook, Google and Twitter.

As discontent grows among advertisers against social media platforms, the local publishers are likely to gain more prominence in the media plan.

India's news publishing industry has long been complaining that social media platforms eat into most of their revenue.

Saurabh Mankhand, Senior Vice-President, West, Indigo Consulting, said trolls are now more than before becoming the unstoppable mythical beasts whose impact has been worsened by recent events and compounded by the Covid pandemic. Also, at its core, social platforms give an individual or group the liberty to type something they would never say face-to-face.

However, he advised that social media platforms are integral to a marketing mix and before any unplug happens, an honest review of all parameters needs to be undertaken.

He explained that the classic “spray-and-pray” approach needs a rethink as it’s a two-way street on social platforms. One cannot just get away by ‘pushing content’ if there is displeasure about a narrative. Everyone on the platform has the freedom to express their opinion and can bring a CEO to apologise on behalf of the brand with a single tweet. Also, trolls are frequent occurrences and are likely to be a bane for brands in the times ahead.

And considering social media platforms are now an essential part of a brand’s marketing mix, most enterprises independent of their size are taking the stance of fighting back. Also, one needs in-house social media monitoring teams for lightning-fast interventions to quell matters flaring up.

Considering the value of advertising dollars are at stake, he said that the social media platforms are constantly putting out algorithm changes, holding detailed one-on-one meetings with brand leaders and law enforcers to create policy.

Twitter recently announced that how a feature that is currently in development would allow you to select who can reply to one of your posts. Similarly, Facebook is working on their overall policies with brand advertisers to provide a conducive environment to advertise. 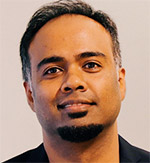 According to Preetham Venkky, President, 22feet Tribal Worldwide, the online trolling has unfortunately been a game of cat and mouse. It isn’t an easy task to balance users’ individual rights around freedom of speech and balancing it by blocking troll and hate speech.

However, Prachi Bali, Business Head, North, FoxyMoron, said the growing trolling culture will not be a major concern as all major platforms that brands and their agencies advertise on have strict brand safety norms and guidelines in place. All of these have been put in place bearing in mind brand requirements. They are accompanied by audits and measurement tools as well.

Besides trolling and abusing brands on social media, which is prevalent not only on Twitter but across social media platforms, it is a great tool to set things right as well, said Manas Gulati, CEO, ARM Worldwide.

Brands are definitely being more conscious about the reactions that their ad or communication is going to receive on social media. They’re aware of the feedback that they are likely to receive and, therefore, have started taking necessary precautions.

“In India, there has been a minimum of 15-25% drop in ad rates of biddable digital inventory since March 2020. However, we do not think that this drop is all attributed to trolling. Brands are focusing on using social channels for information dissemination – extensive conversations are being done about product availability, contactless delivery processes, etc., versus regular ad placements. Brands currently advertising are operating at 1/3rd budgets even though bids/cost has come down but so has the search and fulfilment capabilities. Customers are placing orders but not getting stock in time due to which cancellations are also high. Spends are likely to keep pace with economic activity and we expect positive movement in spends by July-August,” said Mankhand of Indigo Consulting.

Apart from the brands, a few Bollywood celebrities are also taking a dig at these platforms and deactivating their accounts as hate speech grows enormously. 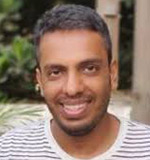 “If celebrities go off the platform, the average active user base will come down since celebrities are the biggest pull for the consumers, eventually affecting revenues," said Rikki Agarwal, Co-Founder, Chief Business and Operating Officer, Blink Digital.

“It necessarily won’t hurt a platform’s revenues but would bring in a practice of ethical advertising and conscious ways of promotion rather than blatant publicity. One will really invest if they see an emotional and functional benefit for the consumer,” said Aakriti Sinha, National Head Social Media, Isobar.

“From a brand safety perspective, direct content publishers might start getting used more. However, the value which these social platforms bring for brands can't be undermined, so it might take some time for this to happen. Also, with more and more spends moving towards data and programmatic, chances are that spends on direct content publishers are also going to be made through programmatic platforms only to ensure relevant reach and brand safety in the long run. Also it is better to catch people in their purchase journeys rather than platforms where people are present to share ideologies and opinions. Having said that, from an awareness perspective, personal targeting works really well which is why advertising on social platforms have grown over the last 10 years,” Gulati of Arm Worldwide said.

“While there’s always a premium that a few direct content publishers will benefit from; they will always be limited when it comes to both reach and frequency. If brands need to extend both their reach and frequency; they can’t disregard social media. Direct content publishers account for less than 4% of the overall digital media spends,” said Venkky of 22feet Tribal Worldwide.

Globally, Mankhand of Indigo Consulting said there has been a clear shift in stance, especially over the platform’s content moderation practices. The recent boycott of “Ad Boycott of Facebook” is a clear signal that brands are becoming extremely socially conscious not just from a platform standpoint but the overall narrative is shifting to “less transactional and more human”.

Although it is early days, but if there are no clear guidelines, he said we may see changes in the media mix by advertisers as its core environment is controlled and there are limited opportunities for an individual or groups to harp over a brand’s content and ads.

Agarwal said that since Twitter is not a big platform for most of Indian advertisers barring a few, he doubts that brands would have had any conversation with them around the concerns.

In fact, Sinha of Isobar believes popular platforms still remain in demand by and large. The alternative platforms are being lauded for their safety features and transparent real content sans pointless “influencer trending activities” but they still are at a very niche stage.