According to the latest survey, Dainik Jagran continues to be the largest read daily across the languages, despite a 3% drop in its average issue readership. Dainik Bhaskar at No. 2 registered slight growth in the Q4 survey over the previous quarter. Hindustan from HT Media stable witnessed over 9% of degrowth while Amar Ujala held No. 4 position and its readership.

While Malayalam daily Malayala Manorama retained No. 5 position despite degrowth of 4.6%, Tamil newspaper Daily Thanthi grew by 2.5% in the latest round of the survey.

Lokmat held its readership and jumped to No. 7 position in Q4. It displaced Rajasthan Partika which lost about 14% readers in one quarter.

The Times of India remained the largest read English newspaper even as it recorded degrowth of 4.5%. The newspaper continued to be the ninth-largest newspaper across languages.

Malayalam daily Mathrubhumi remained at No. 10 despite degrowth of 8% in its average issue readership.

The sample size of IRS 2019 is 3.27L Households across India out of which urban sample size is 2.14L Households and rural is 1.13L Households. IRS 2019Q4 is the full year report covering four quarters of a continuous and uninterrupted IRS 2019 fieldwork.

Media landscape is rapidly evolving with multi-media adoption seen across consumer strata. Overall Media reach continues to grow even as the consumption of each media remains more or less stable, with internet making a noteworthy exception by leading this growth curve, particularly in rural India. Among other highlights from IRS 2019Q4 data – Electrification in India has surged, premium durable ownership in households have increased and so has individual’s online shopping and smart phone ownership across both urban and rural India. 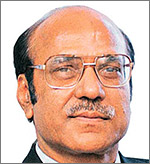 Pratap Pawar, Chairman of MRUC India and Chairman of Sakal Media, said, “We have successfully completed and released all four quarters of IRS 2019 data. I thank our Board of Governors and IRS Technical Committee for their unwavering commitment and their resolve in providing the industry with a robust, reliable and timely research study.” 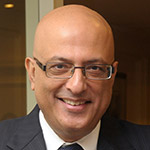 Vikram Sakhuja, IRS Technical Committee Chairman and Group CEO Madison Media & OOH, Madison World, said, “With 4 Quarters of 2019 data now complete we are reporting a complete year’s picture. Earlier quarters had also included some part of 2017 data. A few trends are emerging. Internet penetration has increased substantially and is now mainstream along with TV and Print; NCCS D&E are reducing quarter on quarter faster than HH socio economic status thereby suggesting the need to Relook at the NCCS definition; ability to read and understand English has increased and while overall Print Readership is holding, daily readership has started showing signs of decline.”