The One Club for Creativity has switched to online judging for its The One Show and ADC 99th Annual Awards. The Dubai Lynx Festival of Creativity has also been postponed from March to September

In light of the global coronavirus outbreak, The One Club for Creativity has announced a precautionary measure of switching from in-person to online judging for nearly all disciplines this year for its two global awards shows—The One Show and ADC 99th Annual Awards.

Top creatives from 38 countries will serve on juries for the two shows.  Judging was set to start next week in New York, followed by two weeks in San Juan, Puerto Rico and a fourth week in New York. 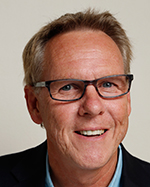 “We could have replaced non-US jury members with creatives based here, but that’s not who we are,” said Kevin Swanepoel, CEO, The One Club. “The One Show and ADC Annual Awards are leading international awards programmes, and it’s imperative that we maintain the same global integrity and quality to the judging process.”

The club is well prepared to facilitate expanded online judging, since early rounds of entries submitted throughout the year in The One Show’s quarterly entry system are already judged on an existing digital platform.  This expanded online judging will happen this year only, with in-person judging resuming next year.

All jury members reviewing work online this year will also be invited to return as in-person judges for next year’s One Show 2021 and historic ADC 100th Annual Awards.

For a few ADC 99th Annual Awards disciplines — Brand/Communication Design, Motion/Film/Gaming Craft, Packaging & Product Design and Publication Design — with juries largely made up of US- and Canada-based creatives, judging will continue to be held in person at The One Club gallery space.

Depending on how the global outbreak progresses, The One Club is considering potential changes to this year’s Creative Week in May, when The One Show 2020, ADC 99th Annual Awards and Young Ones Student Awards (which are judged online) gala ceremonies are held in various New York venues.

Many Creative Week attendees are from overseas and could face travel restrictions.  Again out of an abundance of caution, the club is discussing possible alternative ways to announce this year’s Pencil and Cube winners to the global creative community.

“Unlike Cannes, which is a for-profit business that has to answer to shareholders and generates most of its revenue from its festival, The One Club is a non-profit organisation that produces many initiatives throughout the year and does not depend solely on its awards festival,” said Swanepoel.

“Our top priority is the well-being of the creative community.  Should we need to, we have the option of not holding a global gathering of creatives at our festival and putting them potentially at risk because our decision about Creative Week is not based on revenue,” he added.

Ian Fairservice, Vice-Chairman of Dubai Lynx, said, “In light of recent developments in respect to COVID-19, we have taken the decision to postpone the Dubai Lynx Festival. Our priority is clearly the health and safety of our attendees, delegates and team. We will reschedule the festival from March 8-11 to September 6-9 at Madinat Jumeirah, Dubai. All entries will be valid for the new Dubai Lynx dates, along with all passes and awards seats purchased. Further information and updates on the September programme will be made shortly.”

Dubai Lynx is a leading festival of creativity in the MENA region. The Dubai Lynx community of delegates, speakers and jurors attend from across the MENA region, and around the world, each year. The festival programme and Lynx Awards will now take place from September 6-9. All entries, festival passes and seats for the Awards Show will be transferred to the new festival dates.

Tags: The One Show Dubai Lynx coronavirus concerns
More from this section