As part of the collaboration, PFT has designed a series of ad films showcasing the wide variety of fun games available on MPL. These films have been further localised in other local languages

PFT has created an extensive content inventory for MPL, in sync with the organisation’s long-term, strategic communication goals. As a one-stop video agency, PFT Brands is handling all aspects of content creation for MPL—from conceptualisation and scripting to production to postproduction.

As part of the collaboration, PFT has designed a series of ad films showcasing the wide variety of fun games available on MPL, including Rummy, Fantasy Cricket, Fantasy Kabaddi, Carrom, Fruit Chop and Pool. These films have been further localised in Tamil, Telugu, Bengali, Bhojpuri, Marathi, Kannada and Gujarati. Leveraging humorous narratives, the films pique viewers’ interest and inspire them to install the MPL app and start playing specific games. The ads are being showcased on both TV and digital platforms.

In addition, PFT has also created several testimonial videos for MPL which showcase positive real-life stories and experiences of MPL users who have won major cash prizes. The videos aim at inspiring consumers to download the MPL app and start playing to win. The PFT team shot videos of MPL winners from different parts of the country, highlighting their winnings and emphasising how MPL has made their lives easier and better.

Abhishek Madhavan, Vice President, Growth, MPL, said, “Our users are our ambassadors and thanks to them, we have grown to become India’s biggest mobile gaming and skill monetisation platform. We want to reach out to our users and involve them to reiterate the trust they have placed in us. The PFT team completely understood the user sentiments at play, and executed both the ads and the customer testimonials superbly. We are confident the campaign will be extremely successful, and we look forward to producing more such stellar work with PFT as our partner.” 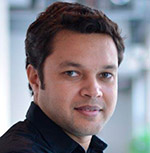 Umesh Bopche, Vice-President, Brand Services, PFT, added, “We are immensely excited to be partnering with an innovative market leader like MPL, and are grateful to their team for giving us this incredible opportunity. The content we have created for MPL is based on two key objectives — building brand awareness and significantly strengthening their user base. We look forward to creating a host of world-class videos for MPL in the coming months.”

View some of the films here:

MPL is a mobile-first online platform that connects gamers to game developers. Game developers can tap into a new revenue stream and earn from Day 1 without spending on customer acquisition thanks to MPL's ready and engaged user base.

PFT Brands is a one-stop video agency that helps transform brands into digital content destinations that build loyalty. It provides cutting-edge content creation and postproduction services, along with transformational Cloud technology to manage, distribute and monetise content in a cost-effective manner.