The OTT audience measurement report says there's a strong correlation between radio and streaming audio. OTT streaming seems to be thriving in markets where radio listenership isn't a strong habit. But lack of exclusive content is a challenge

The OTT Audience Measurement Insights report by Kantar and VTION has revealed that there's a battle for the ear that's currently intensifying between the radio and audio-based OTT apps, also known as the music streaming apps.

The report says that there's a clear interplay between the radio and audio-based OTT apps.

"There's a strong correlation between radio and streaming audio. The OTT streaming seems to be thriving in markets where radio listenership habit is not strong," the report has said.

The report has also said the consumption of audio OTT platforms is growing as average daily consumption per user is 65 minutes.

According to the report, 13 million adults listened to any OTT streaming app in the last 30 days over nine cities.

The report says audio OTT is fast catching on across audience groups, providing ŌĆ£personal, me timeŌĆØ.

Asked which revenue model for audio OTT will thrive in the future, Hemant Mehta, Managing Director, Insights Division and Chief Strategy Officer, Kantar South Asia Mehta, said the industry will have to focus on ad-based revenue models. ŌĆ£According to where the market is going, you might have to go with advertising and branded content for a while,ŌĆØ he said.┬Ā 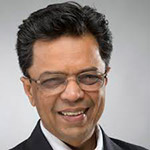 On the challenges faced by the audio OTT industry, Manoj Dawane, Founder and CEO of VTION, said unavailability of exclusive content on audio OTT platforms is a challenge. ŌĆ£In audio especially, almost everyone has the same content, it is not exclusive content like video platforms, so an audio platform needs to be even sharper in their understanding of the consumer,ŌĆØ he said.

The report says Gaana is leading the charts with 30% market share in OTT audio streaming.

According to the report, Spotify has a 15% share among the 10 cities that were studied. It said Spotify is attracting the young crowd between 18-24 years of age in Delhi and Mumbai. The report suggests the app performs the highest in respect to the time spent.

ŌĆ£They are doing something right that the consumer is hooked. So, it could be the custom content, the way they have created the playlists or it could be something else,ŌĆØ he said.┬Ā Having a 15% share, half of the market leader, is an achievement. The market leader has 30% share and Spotify seems to have done something very right. Its market is sharp, upmarket, young, Bombay and Delhi kind of markets. It caught the kind of audience it aimed at and it has worked,ŌĆØ he added.

The report said one of the main reasons the audio OTT platforms are growing is because of the possibility of personalised targeting.

Kantar and VTON launched the OTT Audience Measurement Insights. The study is based on a sample size of 9000+ stretching across top nine cities (Delhi, Mumbai, Kolkata, Chennai, Bangalore, Hyderabad, Pune, Ahmedabad and Lucknow/Kanpur) among male and female of age group of 18+ audience.