We will come out of FY 2020 in a much stronger shape, says Vivek Srivatsa of Tata Motors

Starting the year by making a grand entrance into the premium hatchback category with Altroz, along with three other launches, Tata Motors is confident about 2020 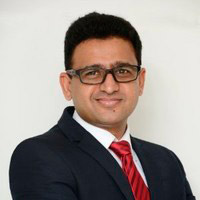 Speaking at the launch, Vivek Srivatsa, Head Marketing, PVBU, Tata Motors, said, ŌĆ£We are in the best place to take the story forward.ŌĆØ

Speaking about the challenges faced by the company in 2019 due to the slowdown in the sector, he said, ŌĆ£It was challenging, the industry was going up and down, so we had to study the shift and we took a long-term approach towards 2019.ŌĆØ

Talking about the target market for Altroz, he said they are focusing on the ŌĆśyounger affluentŌĆÖ segment.

Srivatsa said the campaign is a mega launch; however, their focus will majorly be on digital along with other mediums. ŌĆ£ItŌĆÖs a mega launch, weŌĆÖll be present across media, but within the media, our media planning will focus more on slightly younger customers compared to the entry hack segment. So we will focus on the younger affluent.┬Ā Our choice of TV and outdoor will be based on that. ┬ĀWe will also very strongly be on digital; in fact, most of the campaign has been on digital and awareness has been through social media,ŌĆØ he added.┬Ā

Speaking at the launch, Guenter Butschek, CEO & Managing Director, Tata Motors, said,┬ĀŌĆ£We are delighted by todayŌĆÖs firework of launches, all in this single event and introduce the new face of Tata passenger cars which are not only BS VI ready but are designed and developed to truly enhance the value proposition for our aspiring customers. With the class defining, new premium hatchback, Altroz, we are expanding our market coverage further. We have lots more in store for 2020 and we have just commenced unveiling our well-defined future product portfolio.ŌĆØ

80% consumersŌĆÖ purchase will depend on how well a brand responds to Covid-19 crisis, says Edelman study