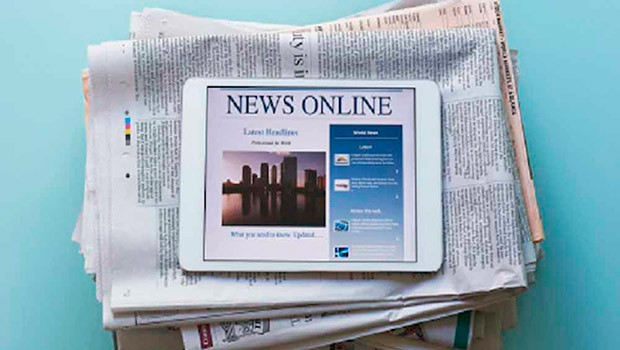 As the fate of more than half-a-dozen digital media players — who have raised foreign capital or have complete foreign ownership —hangs in the balance after the government’s decision to cap foreign direct investment (post approval) in digital media at 26%, traditional media houses are rejoicing the announcement.

While the policy might force some digital news platforms to discontinue their India operations or change their ownership structure, the decision will be beneficial for larger media companies such as Times Group, HT Media, Dainik Bhaskar and Dainik Jagran among others who have spun their digital media businesses into subsidiaries.

Gautam Sinha, CEO, Times Internet, said, “It is great that the potential of digital content is being recognised and an industry-specific exception is being made in the guidelines. I believe this move will definitely benefit the online media industry since it will help companies raise additional capital from overseas players/investors."

Sinha said the industry would want the limit to be increased in years to come. "I think it is a good start and as we tread with caution, I would like to see it move higher in years to come," he said.

According to an industry analyst, it is good news for media conglomerates as they will be able to raise additional capital by carving the digital platforms as separate ventures.

Jehil Thakkar, Partner Deloitte India, said, “If you see, the 26% limit is on news and media sites and the implication is that it can unlock a lot of value for existing organisations with digital media operations. They will be able to carve them out, raise capital and seek separate valuation.”

Currently, the M&E industry is witnessing significant growth in the media sector from digital content consumption with around 25% of the Indian youth being hooked to the medium. In such a scenario, there was a great need to support the medium.

The government already had 49% FDI in place for broadcast content services and 26% for print (both through government approval route). However, there was no regulatory framework in place for foreign capital allowed for digital media.

Himanshu Parekh, Partner and Head, International Tax, KPMG in India, said, “The M&E industry grew by 13.3% in FY19 (compared to FY 18) on the back of colossal growth of 43.4% in the digital media segment. This despite the fact that while the FDI policy permits 49% foreign investment in up-linking of news and current affairs TV channels and 26% in print media, both through government approval route, it was silent on FDI in digital media. The government has now approved the proposal to allow 26% FDI for uploading/ streaming of news and current affairs through digital media. This is a welcome move and should lead to larger FDI inflow in India in the already burgeoning digital media sector.”

However, the future of platforms such as UC News, Quartz India, Vice India, Huffington Post, Dailyhunt, VCCircle, Bloomberg Quint among others is still not clear. These platforms have either raised foreign capital or have full foreign ownership.

Definition of digital media has to be clarified by government

Though the policy brings cheer to the Indian media houses, clarity is needed on the definition of digital media. There is confusion even for large news broadcasters who already have 49% FDI infusion, but also stream online and have a digital presence.

“There is a need to define digital media otherwise capping FDI at 26% is a negative step. If the digital media is not defined than it will mean that Google, which is a digital company, will have 26% FDI and will be only a subsidiary. It is a ridiculously confusing statement and the ministry will have to clarify it,” an industry expert said.