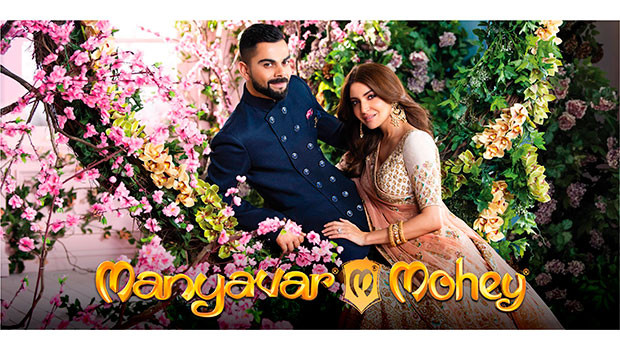 Xaxis, the outcome media company and GroupM’s advanced programmatic arm, has announced the results of a recent campaign for retail brand Manyavar that tracked individuals from digital outdoor exposure to retail store visits.

Implemented on mobile and digital out-of-home (DOOH) advertising, the campaign was the first-of-its-kind to track attribution from individual OOH exposure against subsequent consumer behaviour.

The campaign attribution study was designed to help Manyavar evaluate cross-media frequency management between DOOH and mobile. Xaxis used geo-fencing technology to measure DOOH exposure among individuals, then against mobile ads delivered to the same locations. Results revealed that store footfall increased by 198% among groups exposed to both outdoor and mobile ads, meaning those who had been engaged by outdoor and mobile sequentially visited Manyavar stores three times as often as those who had not. In addition, users who had seen the OOH ads interacted more with the mobile ad compared to users who had not.

Avijit Dhar, AVP Marketing, Manyavar, said, “The Xaxis and Kinetic team deserves high praise. Not only did their innovation and out-of-the-box thinking help us identify a new approach to measuring attribution, but the unique consumer insights we gained from this campaign were a game-changer. They truly understood our business goals and tailor-made a strategy that delivered results beyond our expectations.”

Rachana Lokhande, Co-Ceo, Kinetic India, said, “OOH has always been under the lens for not having measured results, but not anymore. Our client Manyavar was open to the idea of measuring the outcome of the campaign and analysing the audience using OOH + mobile. Xaxis and Kinetic worked in collaboration to showcase the potential of driving incremental reach using mobile as an extension of OOH and then measuring audience behaviour. The data and insights are a clear indication of great synergies between both these medium.”

Bharat Khatri, Country Lead, Xaxis India, said, “It’s not often a brand is willing to step outside their marketing comfort zone. So when Manyavar expressed their openness to experiment with different media mixes to understand what achieves the best results, we were excited to create a strategy that could be continuously optimised. The results for this campaign are proof that our data and insight-driven approach will continue to drive impactful and measurable value for clients.”

Xaxis also surveyed campaign impact on brand consideration among target demographics. Approximately 60% of respondents claimed to have seen the ad, indicating healthy exposure among the general public. DOOH, supported by mobile, was the most recalled medium against print, cinema, social media, radio and OTT. One-third of the audience exposed to the Manyavar campaign displayed increased willingness to visit the store in the following three months, and also said they liked the Manyavar brand more than those who hadn’t seen the ad. The survey also found that more than half of the audiences exposed to the campaign performed a favourable action for the brand such as recommending the brand and following the brands’ social accounts.