Even though India was not in the final, the broadcast network witnessed a positive response from both viewers and advertisers 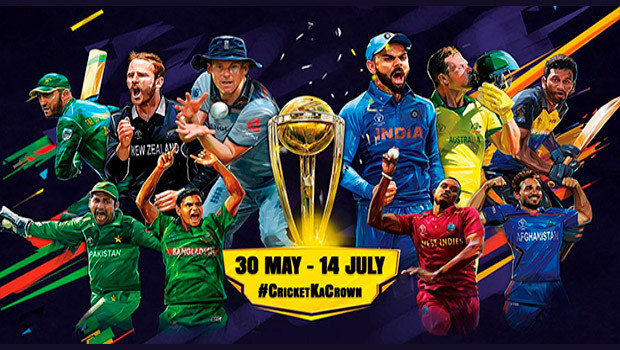 This cricket world cup, Star India, with live telecast of matches on Star Sports channels in multiple languages including Tamil, Telugu, Kannada, Bangla and Malayalam, and streaming platform Hotstar, has set several new viewership records on both on television and digital.

As the broadcaster meets the viewership targets, it is expected to have met its revenue targets of Rs 1,800 crore across the platforms, industry observers told BestMediaInfo.com.

“The revenue came mostly from advertising on channels across the network and Hotstar, its digital streaming platform. Part of the revenue came from increased subscription and distribution of the network that picked up before and during the World Cup,” an industry expert said.

Sudhir Kumar, Director, Offline Media, DCMN India, said, “The overall outcome of the series was quite positive and advertisers are happy. It could have been better if India had entered the World Cup final. Then the revenue would have been 10% incremental. Now there is a Rs 15-crore deficit. But, on a series level, the performance was really great.”

Had India entered the finals, the ad spots would have been sold for more than Rs 25 lakh per 10 seconds. However, the broadcaster won’t witness any loss since majority of the ad slots were booked before the start of the sporting event.

The ad rates for the finals were predicted on the back of positive response India’s matches received throughout the tournament.

Even in terms of viewership, the channel and Hotstar shattered all previous records. During the semi-final match between India and New Zealand, Hotstar recorded a peak of 25.3 million concurrent viewers.

In a statement, Manu Sawhney, ICC Chief Executive, said, “We are absolutely delighted that the ICC Cricket World Cup 2019 has become one of the most-watched sporting events in the world across TV and digital platforms. These quite extraordinary numbers demonstrate how viewership habits are changing and the smart way cricket has adapted to deliver what fans today expect.”

What does the record viewership mean for advertisers? To this, Vinod Thadani, Chief Digital Officer, Mindshare South Asia, said, “Achieving 25.3 million simultaneous viewers in any match is no mean feat. The nail-biting semi-final saw Hotstar’s viewership rise steadily and during the last leg of the game, the viewership increased nearly with every ball. Also, what’s remarkable is the fact that these numbers were attained for a disrupted semi-final played over two days. It’s anyone’s guess what the figures would’ve been had India made it to the finals. Hotstar would’ve definitely surpassed these numbers and set new global standards.”

For the much-anticipated India-Pakistan match, the digital platform recorded 100 million active users and a concurrency of 15.6 million. The platform witnessed 66% reach from towns beyond the big metros.

Despite rains, the Indo-Pak face-off recorded 229 million viewers (BARC India, All India 2+) on Star Network and Doordarshan. The match registered 67 million impressions. Barring DD viewership, Star India recorded a viewership of 206 million for the match. According to BARC India data, 60% of all World Cup viewers tuned into the India-Pakistan match.

Following the excitement around India-Pak matches, advertisers had gone all out to buy ad inventories of Star Sports channels, which were priced at an all-time high — Rs 25 lakh per 10 seconds. The channel was selling other matches for Rs 10 to Rs 15 lakh per 10 seconds.

The ICC Cricket World Cup 2019 recorded 114 million reach for the opening match between England and South Africa on Star Network, which is the highest for any opening world cup game. The average impressions recorded for the ICC CWC 2019 opening match are 101 million. In its opening week, the series recorded 269 million reach on the Star network. The inaugural week of the 10-nation tournament registered 107.2 million average impressions.